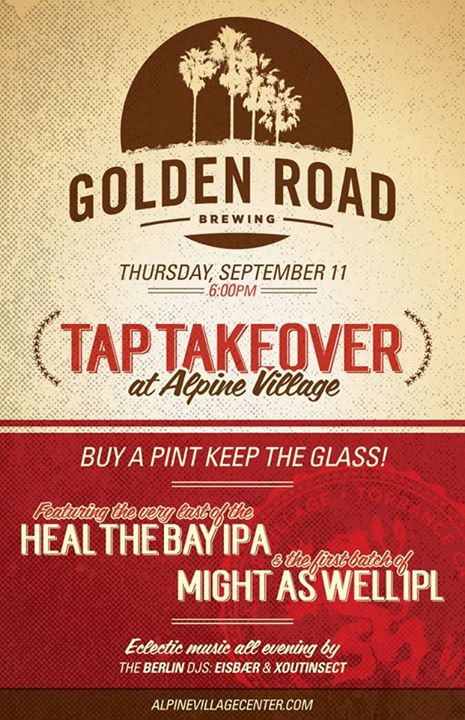 I was distressed to learn recently that LA’s Golden Road Brewing would be retiring their Heal the Bay IPA, one of my local favorites (they still make Wolf Among the Weeds IPA, BTW).

Still, the Atwater Village brewery will also introduce a semi-replacement dubbed Might as Well IPL, described as an IPA-style lager.

Both will be available for tasting Thursday, as well as their Get Up Offa That Brown, 329 Lager, a rare rum barrel aged porter, Almond Milk Stout and their Hefeweizen.

And if you buy a Golden Road beer, you get to keep the pint glass at the Alpine Village event.

I was glad to learn that Heal the Bay’s seasonal run is coming to an end, not the brew entirely. (Whew).