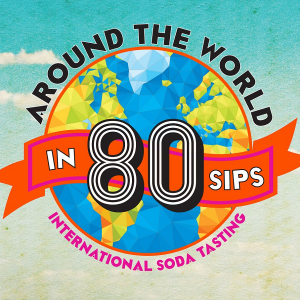 I’ll be the first to admit that the Inland Empire doesn’t have everything.

And one of the things it doesn’t have is Galco’s Soda Pop Stop.

You see, Galco’s is home to hundreds of soda varieties from the U.S. and around the world, and it’s the “around the world” part that’s the focus of Galco’s fifth summer soda tasting event.

The “Around the World in 80 Sips” event is set for 5 to 8 p.m. Sunday (July 19), featuring samples of sodas from Japan, France, Italy, Hawaii, England, New York and many other locales.

The event is a fundraiser for the Friends of the Southwest Museum, a group aimed at preserving the Mount Washington landmark and its Native-American artifacts.

Advance tickets are $12 for general admission and $5 for children age 5-11, available for purchase now at Galco’s or online at the Friends of the Southwest Museum’s website.

Galco’s Soda Pop Stop is at 5702 York Blvd. in the Highland Park neighborhood of Los Angeles.