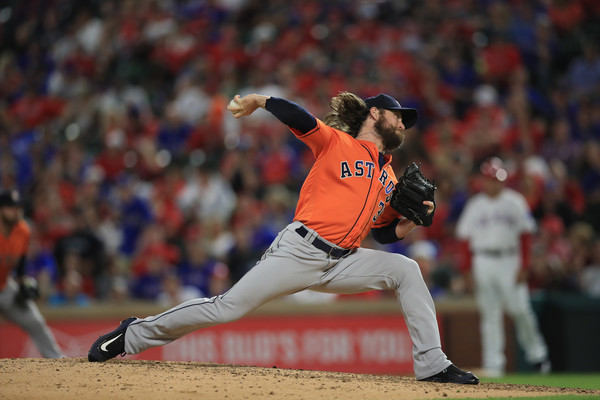 Fields is 9-10 with nine saves and a 4.53 ERA in 164 big-league games with Houston in four seasons from 2013-16, averaging better than a strikeout per inning in the Majors with 197 Ks in 159 innings. He was originally selected by the Mariners in the first round (20th overall) of the 2008 First-Year Player Draft out of the University of Georgia.

Alvarez, 19, was signed by the Dodgers as an amateur free agent on June 15 out of Las Tunas, Cuba. He reportedly received a $2 million signing bonus. He has not appeared in any Dominican Summer League games this season.

To create room on the 40-man roster, the Dodgers transferred left-handed pitcher Hyun-Jin Ryu (left elbow tendinitis) to the 60-day disabled list. Ryu was originally placed on the 15-day disabled list retroactive to July 9, so he’ll be eligible to return in the final month of the season.