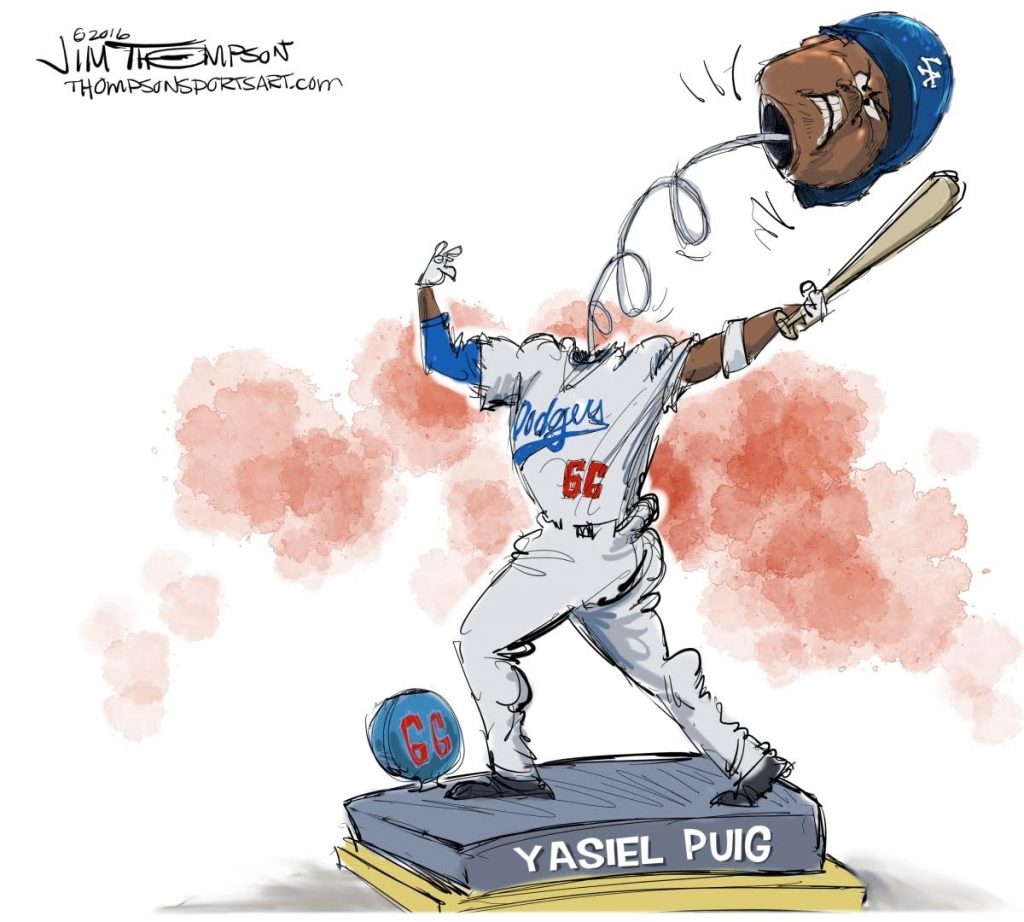 After failing to trade him in advance of Monday’s non-waiver deadline, the Dodgers are now expected to option right fielder Yasiel Puig to Triple-A Oklahoma City on Tuesday.

The unexpected turn of events comes on a day when the Dodgers made a flurry of last-minute moves, acquiring Josh Reddick, Rich Hill, Jesse Chavez and Josh Fields in three separate trades. The biggest news was a trade they did not make.

The Dodgers told Puig’s representatives prior to the deadline that they intended to trade him. When they did not, he was effectively out of a job, since he and Reddick both play the same position. Neither Puig nor Reddick has split time in a platoon in recent years.

Puig did not board the team flight to Denver on Monday. One early report, since corrected, said that Puig initially reported to Dodger Stadium then “stormed off.” But Puig was never at the ballpark with his teammates.

Instead, the Dodgers told Puig’s camp that they would likely send him to the minors rather than keep him on their active roster. Because the Dodgers are off today, that decision can wait. While a team’s 40-man roster must be approved by Major League Baseball at the time of a trade, its 25-man roster doesn’t need to be finalized until its next game.

Another possibility holds that the Dodgers can place Puig on waivers and trade him to a claiming team, or to any team if he goes unclaimed. Trades like these are rare, but the Dodgers were able to make one last year when they acquired Chase Utley from the Philadelphia Phillies. The Dodgers also acquired Adrian Gonzalez, Josh Beckett, Carl Crawford and Nick Punto from the Boston Red Sox in August 2012 after each was placed on waivers.

Players who are in the minor leagues can still be traded via the waiver process. Players who are on the disabled list cannot, which might explain why the Dodgers resisted placing Puig on the 15-day disabled list last week, when he was struggling with a right hamstring injury.

Puig started his first game in 11 days on Sunday and went 3 for 5 against the Arizona Diamondbacks. After the game, he said he hadn’t been told of any possible trade in the works.

Though he said his preference at the time was to remain a Dodger, Puig said “I understand this is a business.”

“If I’m not here, then I’ll have to go to another team,” he added. “I came to this country to play baseball.”