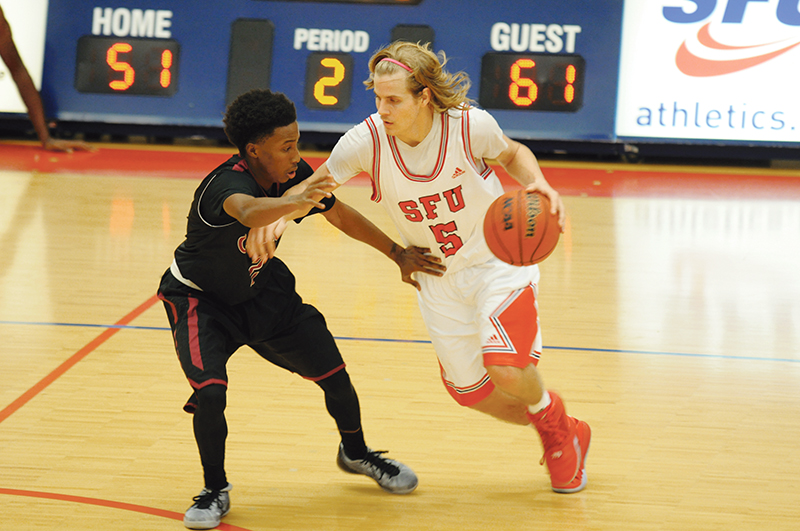 Barkeley, a shooting guard, played two years at Victor Valley and is currently in his junior season at Simon Fraser but this season he has been slowed by two concussions. He is averaging a team-high 14.9 points, 3.3 rebounds and 2.3 assists but has played in just 14 of 26 games this season.

“It just hasn’t been the best fit and the consucssions certainly haven’t helped,” Barkeley said. “I just want to come back closer to home.”

Barkeley has informed the school that he plans to transfer but isn’t sure yet whether he’ll be eligible for the 2016-17 season. The transfer is complicated by the fact that many of his credits from the Vancouver, Can., based school won’t transfer.

He has talked to several schools in the CCAA, most notably Cal State San Bernardino which would seem like the perfect option given his desire to return closer to home.