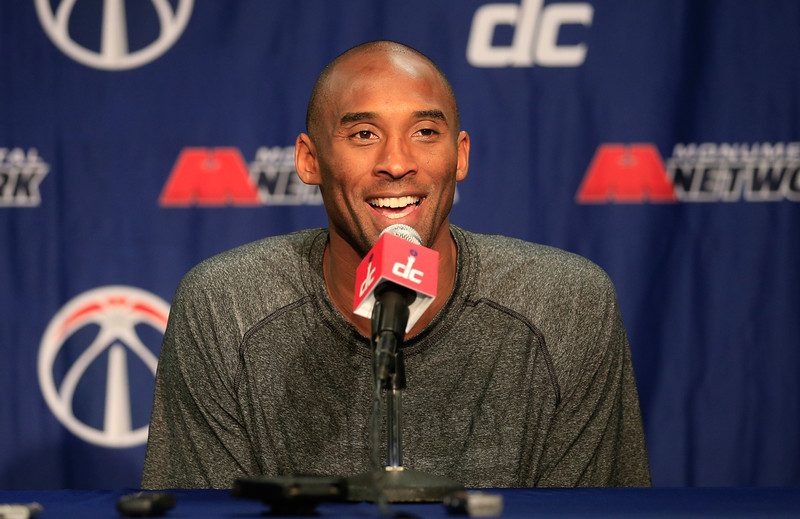 “We’ll have to see where he is,” Lakers coach Mike D’Antoni said. “I don’t want to anticipate anything. Those are days that he can work and see and reevaluate how he feels after those three days and then make a decision. It doesn’t mean he will play Friday. It doesn’t mean he won’t. But that’s a time you evaluate him. I can’t tell you what that evaluation will be.”

Bryant didn’t speak with reporters Saturday at the Lakers’ practice facility in El Segundo. But once the Lakers opened their practice facility for the media, Bryant spent plenty of time on outside shooting drills with teammates Jodie Meeks and Shawne Williams. Bryant shot mostly jumpers and three-pointers with enough accuracy for D’Antoni to say “he looks good.”

“He wasn’t really rusty,” Meeks said. “I’m sure he’s been getting a bunch of shots up.”

Last week, Bryant said at a press conference in Washington D.C. that he hoped the three full-court practices next week would help him both with his explosiveness and enable him to drive from a stand-still position. As he’s participated in two full-court practices and two half-court practices with no contact, Bryant has taken a tempered approach in increasing his workload. Bryant has waited until he sees how his ankle responds the following day so he doesn’t put any additional strain on his Achilles tendon.

After competing in two full-court practices two weeks ago, Bryant scaled back his activity after feeling general soreness in his left foot.

What are D’Antoni’s expectations?

“I was hoping the first day of the season. I don’t know,” D’Antoni said. “I’m not going to put a timetable out there. It could be a lot longer. As we go forward, it gets closer. We’;ll get a better read as he has more practices and we can see where he is.”

The Lakers have other injuries to monitor as well.

They plan to reevaluate Steve Nash Sunday after he spent last week in Vancouver with personal trainer Rick Celebrini to rehab on his nerve issues surrounding his back. The Lakers remain optimistic Nash could practice this week. Both Pau Gasol and Jordan Hill sat out of Saturday’s practice because of various injuries that leave them probable Sunday against Portland. Gasol has a right ankle sprain and an issue with his left hand, while Hill has nursed a left ankle sprain.

But plenty of the focus still rests on Bryant, whose absence leaves the Lakers undecided how many minutes he will play and what exact role he’ll play as the team’s go-to-player. D’Antoni said Bryant and Lakers trainer Gary Vitti will help determine his playing time, while the Lakers coach still has time to figure out the dynamics in integrating Bryant’s return.

“I think we need everything from him, as usual,” D’Antoni said. “He’ll figure it out. Different games, we’ll need different things. You just play basketball and he’ll read it as facilitating or scoring. He’ll do that He’ll be in the No. 1 spot, no matter where that is.”