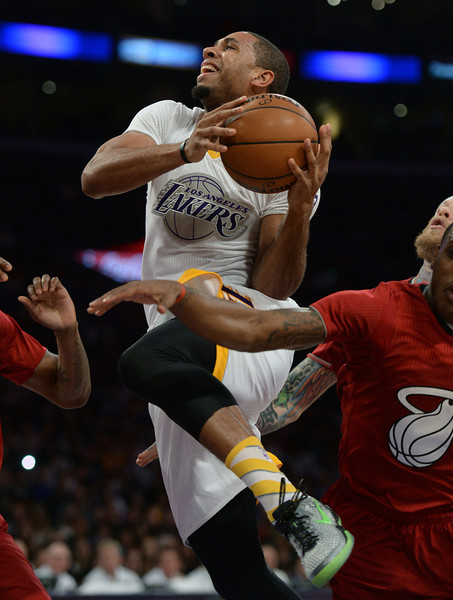 The season has not even started, and the Lakers already have injuries to monitor.

Lakers forward Xavier Henry will not be ready to practice once training camp starts on Tuesday, according to the team, because he has not fully rehabbed his right knee after having surgery on it in mid-April. The Lakers say Henry’s left wrist has fully healed since having surgery on it during the same time period.

Though the Lakers do not have a current timetable on when Henry could practice, he is currently limited toward running on a weight-bearing treadmill.

In an interview with this newspaper earlier this month, Lakers coach Byron Scott reported the likelihood Henry would not be fully healthy once training camp starts. It wasn’t clear at the time, however, the specifics surrounding Henry’s progress.

The Lakers resigned Henry this offseason to a one-year deal at around $1 million after averaging a career-high 10 points despite appearing in only 43 games because of his wrist and knee injuries. Henry will likely compete for playing time with Wesley Johnson and Nick Young at small forward, and Jordan Clarkson and Wayne Ellington at shooting guard.

Lakers won’t give up reaching for the stars