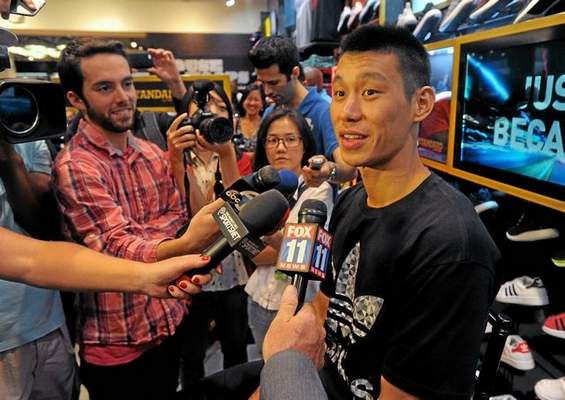 A development has emerged that has all become way too familiar for the Lakers as they labored through recently injury-plagued seasons.

Lakers coach Byron Scott said he is “thinking” about sitting out Steve Nash for tonight’s game against the Golden State Warriors at Staples Center. But Scott maintained Nash has not experienced any additional injuries after starting in the Lakers’ 98-95 preseason win over Denver in San Diego and posting 11 points on 4-of-8 shooting and five assists in 20 minutes.

“Just to be more cautious,” Scott said after the Lakers’ morning shootaround on Thursday at the team’s facility in El Segundo. “He’s been going hard for seven and eight days straight.”

Scott also brought up the possibility he will sit Kobe Bryant for the Lakers’ preseason game against Golden State on Sunday in Ontario for the same reason. Although Scott said his lineup decision is “not set in stone,” it appears likely Jeremy Lin will have the starting nod tonight against Golden State. Scott also said veteran guard Ronnie Price will play after sitting out of the Lakers’ preseason opener against Denver.

“He seems to be able to thrive when given an opportunity,” Scott said. “He’s going to get an opportunity. There will be times he starts like tonight could be one of those nights. There’s going to be nights he’s coming off the bench playing 20-something minutes. I think he’s ready to be honest with you. His role doesn’t change if he’s starting or not. His role will be the same.”

Lin missed all six of his field-goal attempts against Denver, but Scott gushed about Lin’s 10 assists and providing instant chemistry to the team’s second unit. Lin also formed a quick bond with backup forward Ed Davis on pick-and-roll sets.

“The second unit was playing extremely well. You don’t want to break that group up, but a lot of times that will be out of my control,” Scott said. “It goes on with what’s going on with us as a team and certain individuals.”

That applies mostly to Bryant and Nash, who played only a combined 21 games last season because of overlapping knee and back injuries. Although Scott’s training camp has put a heavy emphasis on defensive and conditioning drills, he has held Bryant and Nash out of the tail end of most practice sessions.

“The main objective is to get both of those guys to play as many games as possible,” Scott said. “An 82-game season is a long season. IF we can get him up there, I know Kobe wants to play every game. I know Steve would love to as well. But sometimes we have to be smarter and give those days ample time to rest and recover so they’re ready for the next time.”

Both Nash and Bryant have sounded amenable toward Scott’s playing time restriction, which entailed playing in the 20-minute range in the preseason opener. But Scott anticipates some challenges ahead with Bryant, who has already suggested in training camp he could participate in more drills than Scott has allowed.

Nash hasn’t put up much resistance, willingly sitting out of Saturday’s practice after rolling his left ankle. He hardly wants to take any chances with his body after recurring nerve damage limited him last season only to 15 games.

Scott sounded unsure whether Nash could become among the NBA’s elite point guards as he did during his two NBA MVP seasons nearly eight years ago in Phoenix. But with Nash moving with usual fluidity during the Lakers’ scrimmages and preseason opener, Scott sounded optimistic about the impact his 40-year-old point guard could have if he stays healthy.

“From what I’ve seen in a healthy Steve Nash versus the one I saw last year, he’s moving so much better. With his body, yo can tell by the way he’s moving up and down the floor that he’s ready,” Scott said. “That to me is the biggest difference. He wont forget how to play basketball. But the way he can play with confidence and have that freedom of movement that I’ve seen in training camp and the fist preseason game is the most important.”

Hence, why Nash appears likely to take it easy tonight.