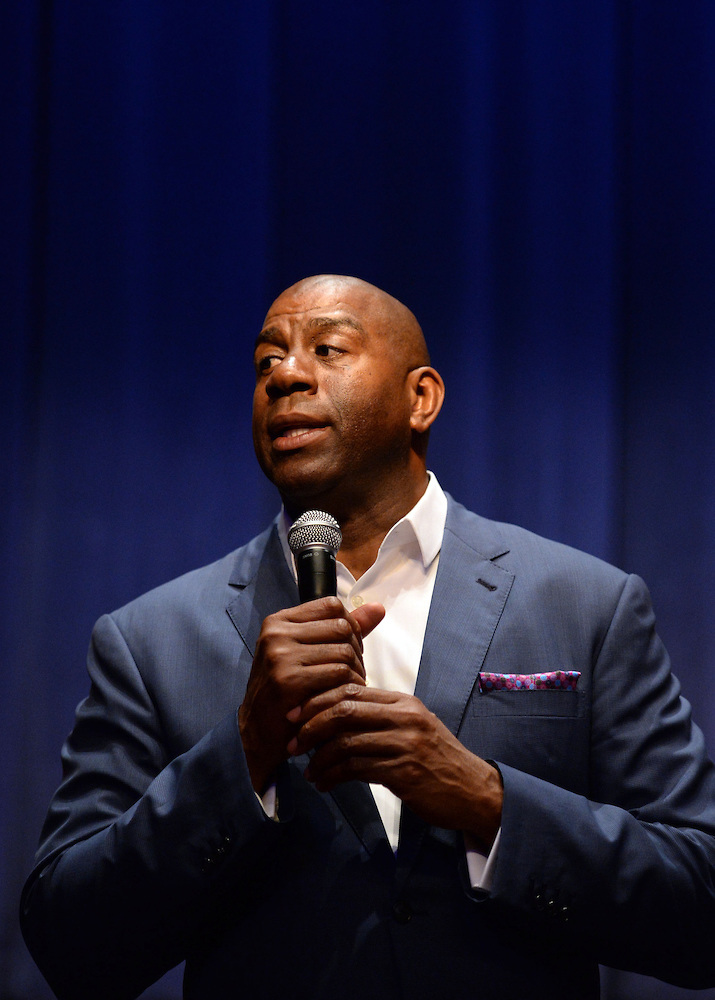 Johnson, who is a part of an ownership group with the Dodgers, left on Tuesday for a vacation in Europe, according to a source familiar with his itinerary. Although it is currently unclear when Johnson will return, it is safe to say he will not be available for the Lakers’ initial meetings with marquee free agents. The Lakers currently plan to visit Portland center LaMarcus Aldridge tonight at 9:01 p.m. PST and Clippers center DeAndre Jordan on Wednesday. They likely will have even more meetings scheduled this week.

Johnson has become highly critical of the Lakers’ front office decisions in recent years, squaring most of it at Jim Buss. But Johnson praised the Lakers for selecting Ohio State point guard D’Angelo Russell with the second pick of the 2015 NBA Draft.

“Laker Nation: Congrats to Mitch Kupchak, Jim and Jeannie Buss on drafting, who I think is a future superstar in D’Angelo Russell!” Johnson recently tweeted.