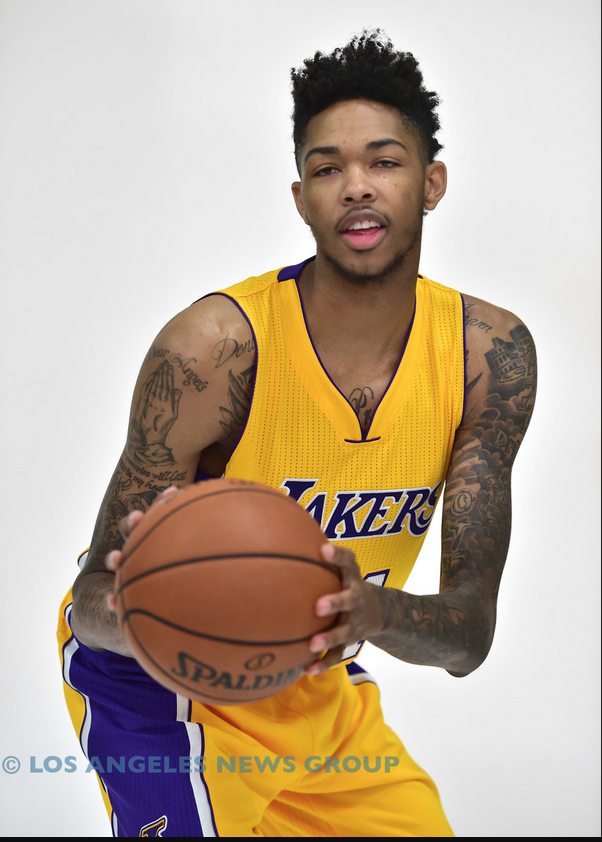 SALT LAKE CITY — The ice stayed wrapped around Brandon Ingram’s right knee as he sat by his locker. He had felt enough soreness in his right knee that he sat in the second half of the Lakers’ 96-89 loss to the Utah Jazz on Friday at Vivint Smart Home Arena, initially prompting some concern on if the Lakers’ No. 2 pick would face challenges more serious than typical rookie hiccups.

But then Ingram stood up and offered various tidbits that should ease the Lakers. Doctors told him he does not need to take any medical tests. Ingram plans to practice on Saturday, and he “absolutely” felt confident he could play in Sunday’s game in Oklahoma City.

“It’s nothing too serious,” Ingram said. “It’s just a little tendinitis; nothing serious.”

Ingram did not feel fine shortly after he entered the game with 4:41 left in the first quarter. He asked Lakers coach Luke Walton to take him out of the game before heading to the locker room with 3:49 remaining. Doctors cleared Ingram to return, and the Lakers’ rookie reported only feeling a twinge in his knee.

Ingram then returned with 9:15 left in the second quarter wearing a protective sleeve on his right knee. As he posted two points on 1-of-2 shooting and one assist, Ingram reported his “knee got sore” before Walton removed him at the 5:56 mark.

The Lakers then evaluated Ingram at halftime. Lakers trainer Marco Nunez then told Walton, “we’ll shut him down anyway” for precautionary reasons.

“I felt felt my knee was still sore,” Ingram said. “I didn’t feel I could run on it too much a little bit. But once I got back, I was pretty good.”

So much that Ingram did not to stay in the trainer’s room. He spent time walking and backpedaling. He then spent the second half sitting on the bench. During timeouts, Ingram often stood up and walked around without any limp.

“Even when I was running, I feel okay,” Ingram said. “It’s better to be cautious about it and come back and try to run on it again.”

Nonetheless, Walton stressed the he “won’t get out there playing him again until we know there’s nothing wrong with his knee.” Ingram believes he will show that on Saturday.

“I don’t think the injury matters when your team is playing better and scoring buckets,” Ingram said. “But I feel fine. I felt fine walking.”