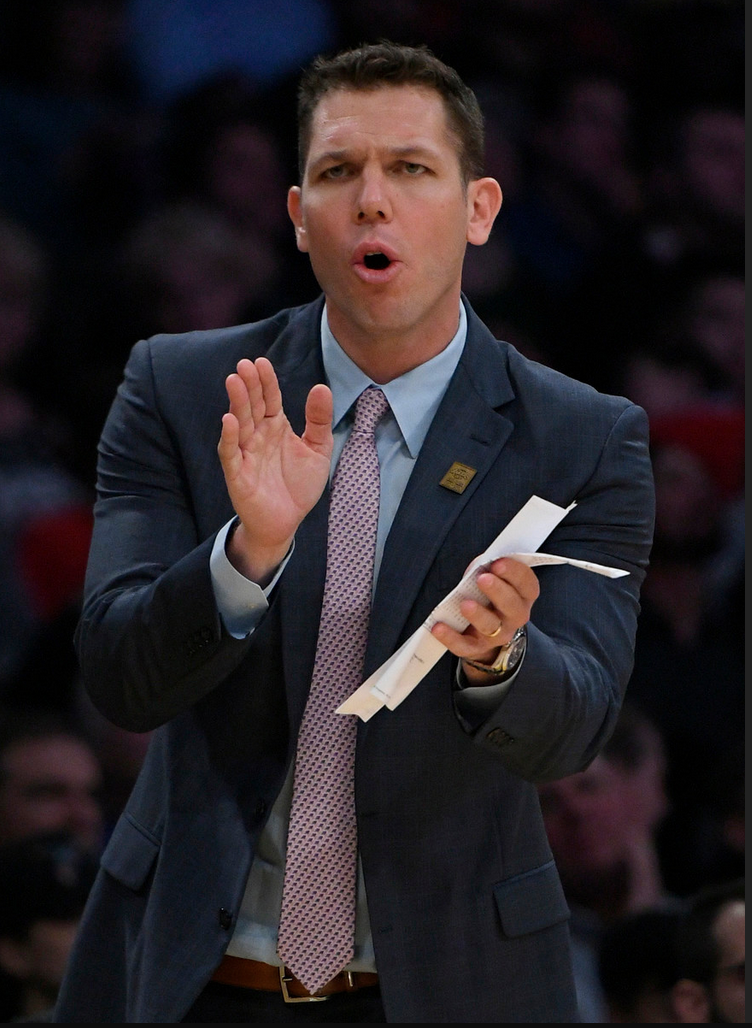 Lately, Brandon Ingram has not had to worry exactly at what point he would enter the game. Lakers coach Luke Walton has started him for the past three games with a clear eye on accelerating Ingram’s development at a time when that has taken bigger priority than results.

But Ingram has had to worry about his own well-being. Walton said Ingram recently nursed a “big-time sickness” that affected his energy level in recent games. Walton said he first noticed on the morning of the Lakers’ loss last week in Detroit.

“He had to run off the court in shootaround,” Walton said. “Whatever was going on, was going on.”

Walton insisted that Ingram “feels much better.” But that captures why Walton has hesitated to make too many big picture evaluations on any positive and negative developments with his recent starting lineup switch. Walton plans to still start Ingram at small forward and Tarik Black at center when the Lakers (19-37) host the Sacramento Kings (23-32) on Tuesday at Staples Center and on Wednesday in Phoenix. The Lakers will then take off during NBA All-Star weekend in New Orleans before playing on Oct. 24 in Oklahoma City.

“Getting back from All-Star, we’ll stick with it and have a better idea of what we’re looking like,” Walton said. “Then we might need to try some different groups. But we’re taking it as it comes with that.”

For now, however, Walton has liked the small sample size thus far.

“With him starting,” Walton said, “he normally finds his rhythm pretty early on out there.”

Meanwhile, Black has started in the last seven games, averaging 7.3 points on 51.1 percent shooting and 7.3 rebounds in those appearances. He also logged a franchise season-high plus-minus rating of 36 against last week in New York, a statistic that measures a players’ value when they are on the court with specific lineups. While he initially started while forward Julius Randle battled pneumonia, Black stayed in the lineup partly because of one distinct quality.

“He does a great job for us on the defensive end,” Walton said of Black. “He’s trying to get all the bigs to constantly set picks and dive hard through the paint and realizing it’s not just you. When you dive hard, it makes the weakside collapse. You get shots on the skip passes and all of that. That only happens when you set hard picks and dive. He does a good job of consistently doing that for us.”