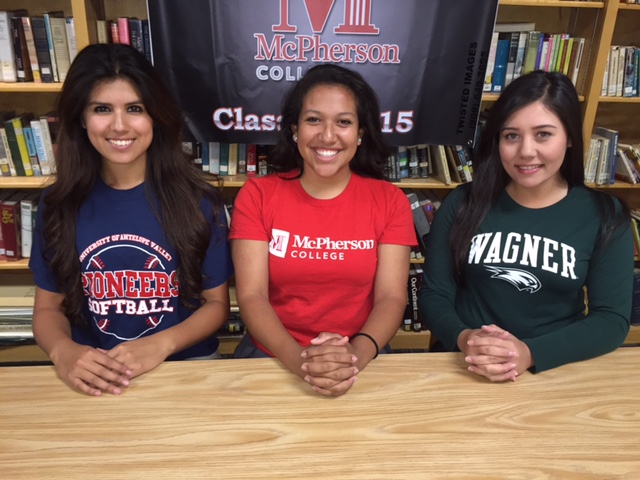 Valenzuela, Almaraz and Luna signed their National Letters of Intent recently, bringing the total to five senior Aquinas softball players signing to play in college. Zoe Casas (Florida State) and Allie Hotetz (Hampton) signed during the early signing period in the fall.
“Aquinas has prepared me for this University because it is a small community and everyone gets along just like at Aquinas,” said Almaraz in a press release.
Luna said, “I chose Wagner because it is a Private University and it will allow me to choose my preferred major and focus on academics as well as softball.”
Coach Chris Ybarra said, “ This is a very special group of seniors, on and off the field, and I am just blessed to have coached them during their years at Aquinas.”