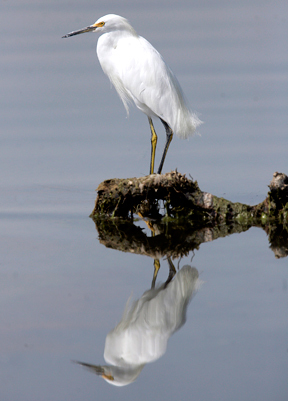 To a Midwestern bird, our cooler weather is his summer. Our cottage by the lake with a fireplace is his Palm Springs. The winter visitors are showing their plumage at Bonelli Park in San Dimas. According to Pat and Rod Higbie, visitors include: yellow-rumped warbler, osprey, Say’s phoebe, golden-crowned sparrow and Lincoln’s sparrow. There are also migrant birds such as the gray flycatcher. And there are year-rounders, like the statuesque snowy egret seen captured in a still moment Tuesday by our photographer, Raul Roa. There are even barn owls living along the East Shore Fishing Area, say the Higbies.
What do the Higbies know about wintering birds? It takes one to know one.
See, the Higbies moved to SoCal and live in Bonelli Park. Yup, there is a trailer park within the grounds. They winter here but travel other parts of the country during other times. Hence the term “snowbirds.”
Their list of different bird species seen at Bonelli Park during the last five years has reached 220.
If you’re starting your own list, you’re invited to go on the monthly Bonelli Park Bird Walk on Sunday, 8 a.m. to 10 a.m. Meet the Higbies at the west entrance and park near the office.
Don’t tell him but my friend and long-time birder Milt Blatt of Covina wants you to ask him: When is the painted redstart going to show up? To Milt, the Midwestern bird with the scarlet breast, is the epitome of a western visitor.
Don’t worry about them finding their way.
Said Blatt: “The amazing thing for me is these birds can fly 1,000 miles and come back to the same tree.”
If you can’t make the walk, check out the Higbie’s bird video in the Bonelli Park office.

Remember that post a ways back on the group trying to save Monster Park, aka Dinosaur Park in San Gabriel? (Park headed for extinction).
Well, I just got an e-mail from Eloy Zarate, who heads up the group Friends of La Laguna. Zarate wrote the group was awarded a $50,000 grant from the California Cultural and Historical Endowment. Now, the group can complete the assessment of the restoration project.
It’s goal is to completely restore the 14 cement sea sculptures which take up a 19,000 square feet corner of Vincent Lugo Park. So that kids can still climb on them and adults can admire this unique artistic achievement. The installation was created by Mexican artist Benjamin Dominguez in 1965. This is one of the last remaining examples of his work.
The group is still raising money to complete the restoration. 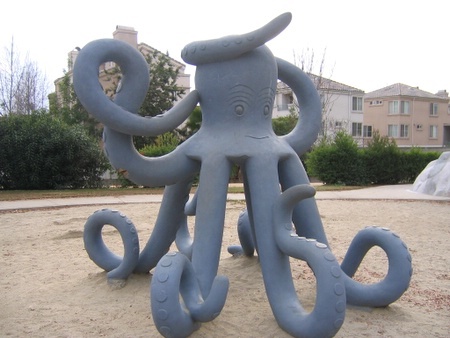 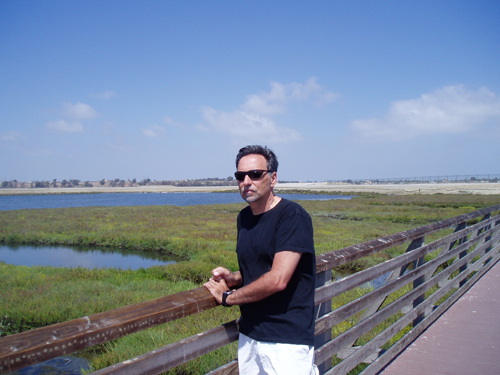 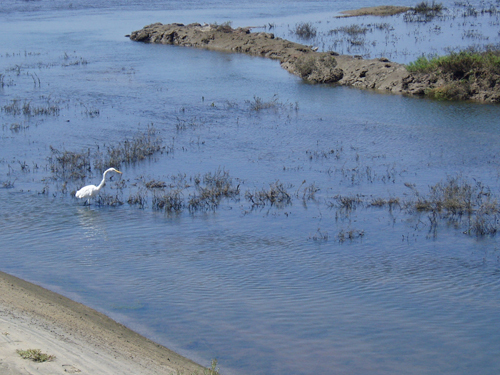 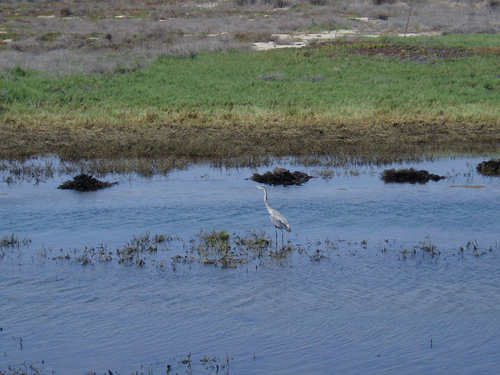