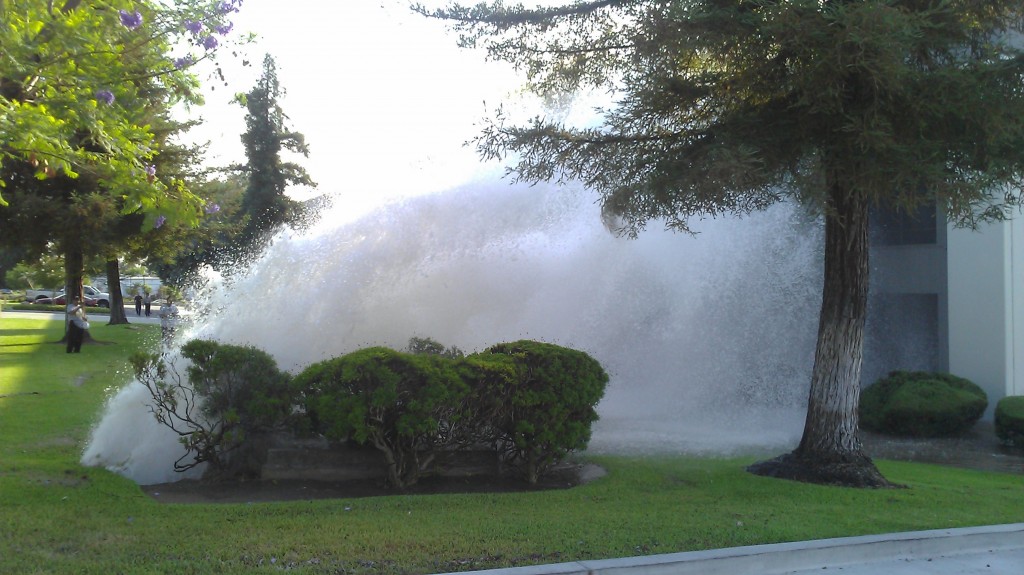 WALNUT – A water main burst flooded and seriously damaged an aircraft component manufacturing company Wednesday, officials said.
The incident was first reported about 6 p.m. at the Triumph Group Inc., 20415 E. Walnut Drive, Los Angeles County Fire Department Dispatch Supervisor Kyle Sanford said.
A water main of unknown size ruptured just outside the business, sending about 5,000 gallons of water per minute pouring into the 100-foot by 200-foot concrete building, fire Capt. Gil Sanchez said.
At the peak of the flooding, the captain estimated that the water throughout the interior of the building, which houses both manufacturing and office space, rose to between 8 and 10 inches in depth.
More than 20 employees had gotten out of the building prior to the arrival of firefighters, Sanchez said. No injuries were reported.
Firefighters were unable to shut down the flow of water themselves and called for assistance from Walnut Valley Water District officials, Sanford said.
Once the building was cleared of employees, firefighters made their first priority getting important documents and computers above the water level to keep vital business information from being destroyed, Sanchez explained.
The flood caused about $60,000 worth of damage to the building and its contents, Sanchez said.
Walnut Valley Water District officials were looking into the reason the water main gave way, he added.