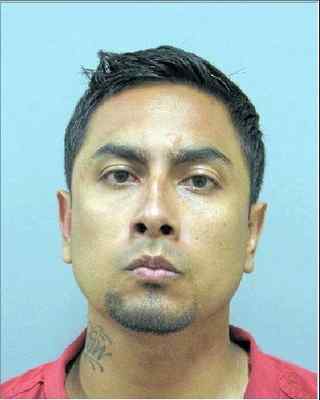 LAS VEGAS, NEVADA >> A former San Gabriel Mission High School athletic director received a sentence of at least two years in prison this week for absconding to Nevada with a 15-year-old then-student, officials said.
Juan Barajas, 37, received a sentence of 24 month to 72 months in state prison during his sentencing hearing on Tuesday in the Regional Justice Center in Las Vegas, according to Clark County Deputy District Attorney Alexander Chen. Barajas must serve a minimum of 24 months behind bars before becoming eligible for parole, he explained. The maximum amount of time he will spend behind bars in Nevada is six years.
Additionally, Barajas will be required to register as a sex offender for the rest of his life, Chen said.
Police found Barajas with the teenage Pico Rivera girl and arrested him on Aug. 2 in Henderson, Nevada, officials said.
The man and girl had been missing since July 29, when they fled after the girl’s family learned of their inappropriate and illegal relationship. The girl had been a student at the school, a private Catholic high school operated by the Archdiocese of Los Angeles.
A Henderson police officer spotted Barajas and the girl hours after Los Angeles Police, who handled the investigation, asked the public for help in finding the missing teen and suspect.
He pleaded guilty in November to a single count of statutory sexual seduction,
Following his arrest, prosecutors initially charged Barajas with first-degree kidnapping, sexual assault of a minor under 16, lewdness with a minor under 16, statutory sexual seduction and committing a sex act in public, authorities said. If convicted as charged, could have faced between 20 and 50 years in state prison.