After being MIA for too long this winter (at least in California), lots of fresh snow courtesy Mother Nature is falling on the slopes at resorts throughout the state. Today’s storm is the first of a three-storm series expected to roll through by Sunday, according to the National Oceanic and Atmospheric Administration.

We’ll update this post as reports from the resorts come in. >>> 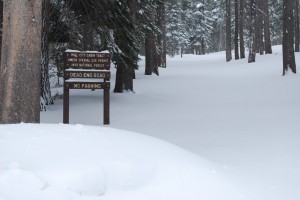 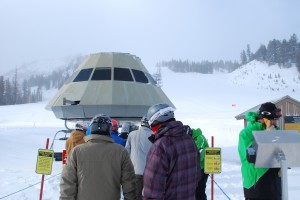 “With a foot and half of snow on the ground at Mammoth Mountain and several more feet expected through the weekend and early next week, best estimates put the snow total for this storm system at around 3 to 4 feet,” says spokesman Tim LeRoy.

“That would make this the biggest storm system to hit the Eastern Sierra in two years,” he adds, citing a report at Mammoth Weather.

On the Mammoth website, lodging specials included “stay three nights and get the fourth night free” and a lift and lodging package starting at $129 – both good for arrival dates through late May.

The winter storm sweeping through the Sierra Nevada brought 13 inches of fresh snow to Squaw Valley and 10 inches to Alpine Meadows by Thursday afternoon, with snow continuing to fall. Both resorts could see more than two feet of snow by Sunday night, with the possibility of even more snowfall through Wednesday.

Here’s what Squaw Valley and Alpine Meadows looked like this morning. >>>

Mammoth Mountain received as much as 15 inches of new snow overnight. The forecast calls for another 3 to 5 inches tonight, and up to 17 inches more on Friday. Another 1 to 3 inches is possible on Saturday.

Rachel Luna, our colleague at The Sun and Daily Bulletin, is on the prowl today for #ieweather photos and videos and took this shot at Snow Valley. >>> 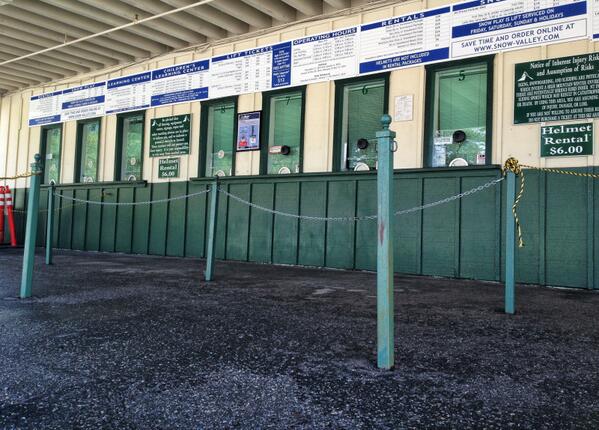 It was almost lunchtime and Snow Valley hadn’t sold a single lift ticket all morning. The resort closed for the day at noon.

“Resort officials believe skiers & snowboarders are holding out for the snowstorm to come,” Luna reported via Twitter.

Mountain High is closed today, and operators are planning to re-opening the resort on Saturday morning. “We fully expect to reopen this weekend with hopes of remaining open all the way through Easter,” said a post on the resort’s website.

In the meantime, here are some other fast facts, according to the resort: