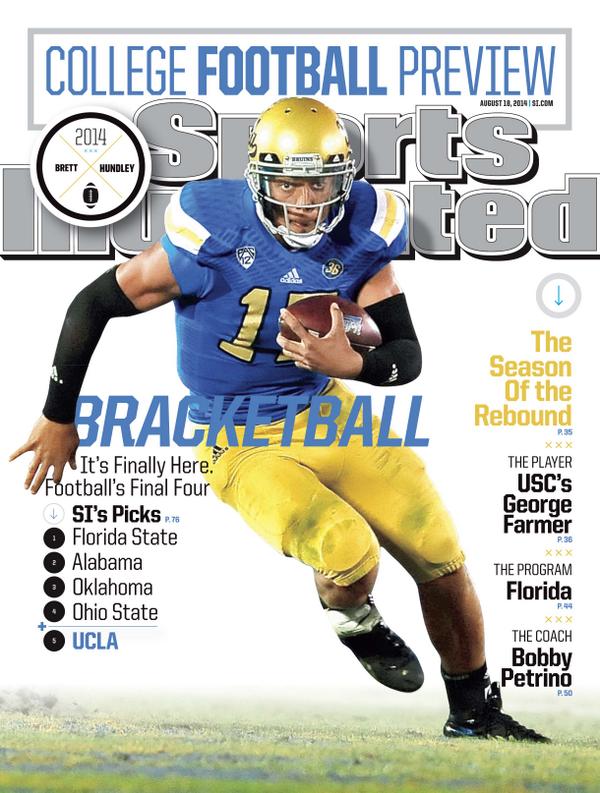 Another week, another Sports Illustrated cover. Brett Hundley landed at the front of the magazine once again, this time as part of SI’s college preview.

Two weeks ago, Hundley was featured on a regional cover teasing a Lee Jenkins’ feature story — an appearance that already had teammates calling him “SI.”

The coming issue will be the 127th time that a Bruin has appeared on a Sports Illustrated cover. Other versions of this week’s SI magazine feature Ohio State’s Braxton Miller, Oklahoma’s Trevor Knight, Alabama’s Amari Cooper, and Florida State’s Jameis Winston.

As a redshirt sophomore last season, Hundley passed for 3071 yards, rushed for 748, and scored 35 touchdowns — including 11 on the ground.