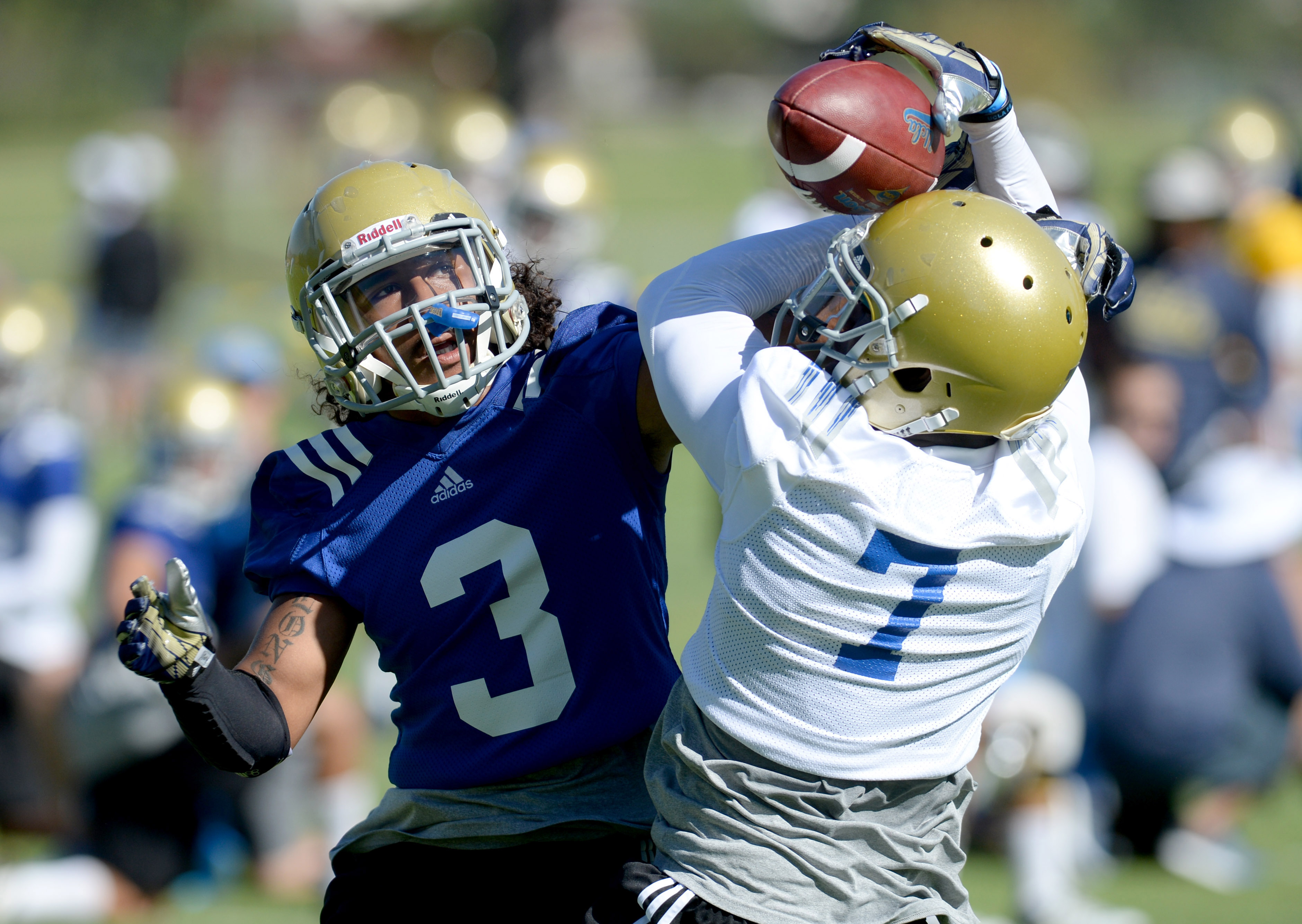 UCLA safety Randall Goforth will miss the season after separating both shoulders earlier this year. He is pictured practicing in San Bernardino on Aug. 5, 2014. ( John Valenzuela/The Sun)

UCLA will lose safety Randall Goforth for the season to shoulder injuries, leaving the Bruins without one of their four returning starters.

According to the Los Angeles Times, Goforth will have the first of two shoulder surgeries this week. The junior had separated his left shoulder during preseason training camp, then separated his right shoulder in UCLA’s 42-35 win over Memphis on Sept. 6.

Since Goforth played in fewer than three contests, he should be eligible for a medical hardship waiver if he sits out the rest of the season. An All-Pac-12 honorable mention in 2013, he made seven tackles this season and returned a fumble 75 yards for a touchdown.

Sophomore Tahaan Goodman started in Goforth’s place in UCLA’s 20-17 win against Texas on Sept. 13, and will likely move up the depth chart in the latter’s absence. True freshman Jaleel Wadood also played well against the Longhorns in his first career start, notching nine tackles at AT&T Stadium.

Senior safety Anthony Jefferson also missed that game with a sprained ankle, but has practiced this week.