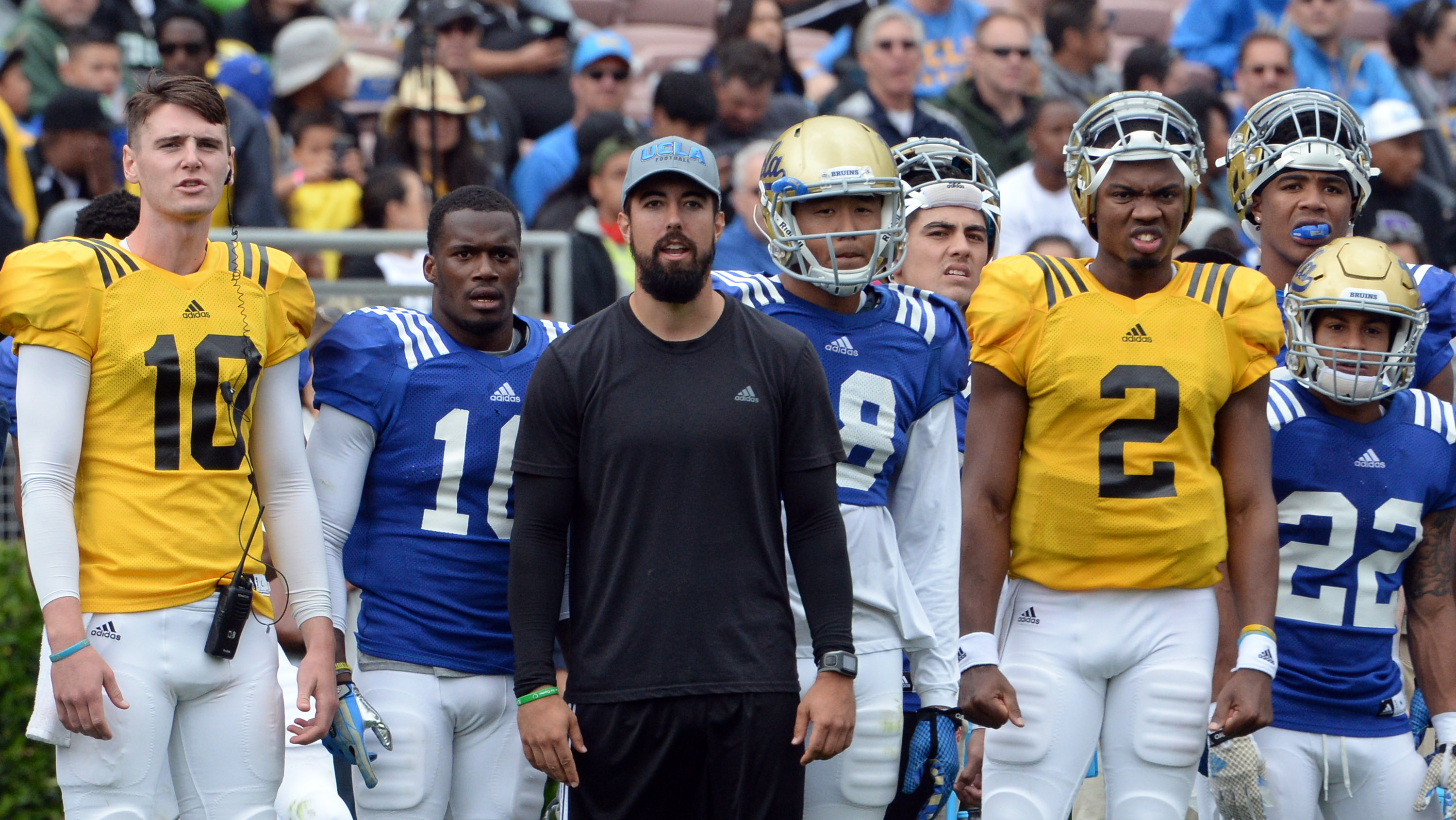 In today’s edition of Los Angeles News Group papers, I covered a few of the things we did and didn’t learn about the UCLA football team through 15 spring practices.

If you missed anything else that happened this month, here’s a recap.

» Storylines
— Those who know Bill Roth say UCLA couldn’t have gotten a better play-by-play announcer
— UCLA ends spring without naming a starting quarterback, but Josh Rosen looks like the frontrunner
— Spring Showcase gives fans a glimpse at the Bruins’ new faces
— After enrolling early, Josh Rosen is adjusting quickly to life at UCLA
— Deon Hollins is aiming to be UCLA’s next great linebacker
— Will the versatile Myles Jack start returning kicks too?
— After multiple position switches, fullback Nate Iese is due for a bigger role
— Cornerback Fabian Moreau had an uneven 2014, but could be the difference in a veteran secondary
— Marcus Rios looks like a different player after battling a life-threatening illness
— Each of UCLA’s quarterbacks take a turn showing they deserve the top job
— Former UCLA offensive lineman Nick Ekbatani now sees himself as both Bruin and Trojan
— NaJee Toran’s switch from offensive to defensive line is just the latest in UCLA position changes
— UCLA decides not to name a quarterback in spring
— Josh Rosen shines early, but Bruins’ quarterback search continues
— Paul Perkins anchors a group of talented running backs
— After enrolling early, Josh Rosen has a quiet first day of spring camp