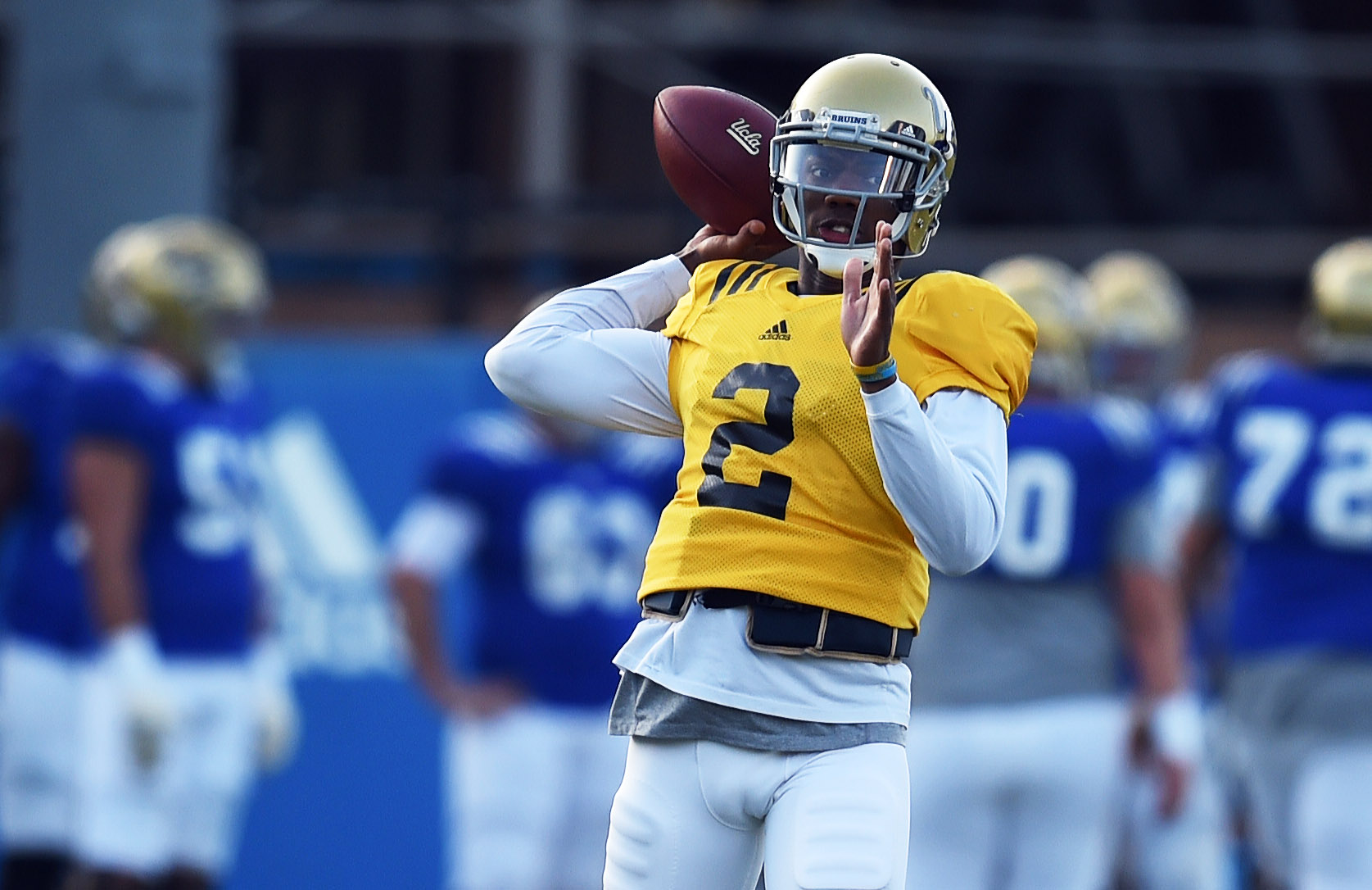 UCLA quarterback Asiantii Woulard has announced his decision to transfer out, and leaves the Bruins having never taken an in-game snap.

Woulard was a former former-star recruit in 2013, an Elite 11 MVP who looked like he had the potential to become Brett Hundley’s successor. However, the Florida native struggled to absorb the nuances of the position after his first preseason camp at Cal State San Bernardino.

After much thought, I'll be transferring from UCLA. Thankful for the opportunity & great experience, now looking forward to a new beginning.

Still, Woulard had the size (6-foot-3, 210 pounds) and upside to be an important part of the Bruins’ depth chart. The redshirt sophomore made significant strides in his most recent spring camp, and looked like the team’s second-best quarterback behind true freshman Josh Rosen.

His departure leaves the Rosen, a five-star recruit who enrolled in January, as the clear frontrunner to win the starting job this fall — but also leaves the depth chart looking perilously thin in the event of any injuries. Jerry Neuheisel, who backed up Hundley last season, and walk-on Mike Fafaul are the only other options at the position, and both technically remain in the competition for the No. 1 spot.

Head coach Jim Mora has said that he does not plan to officially name a starter until UCLA’s season opener against Virginia on Sept. 5, which kicks off at 12:30 p.m. at the Rose Bowl.