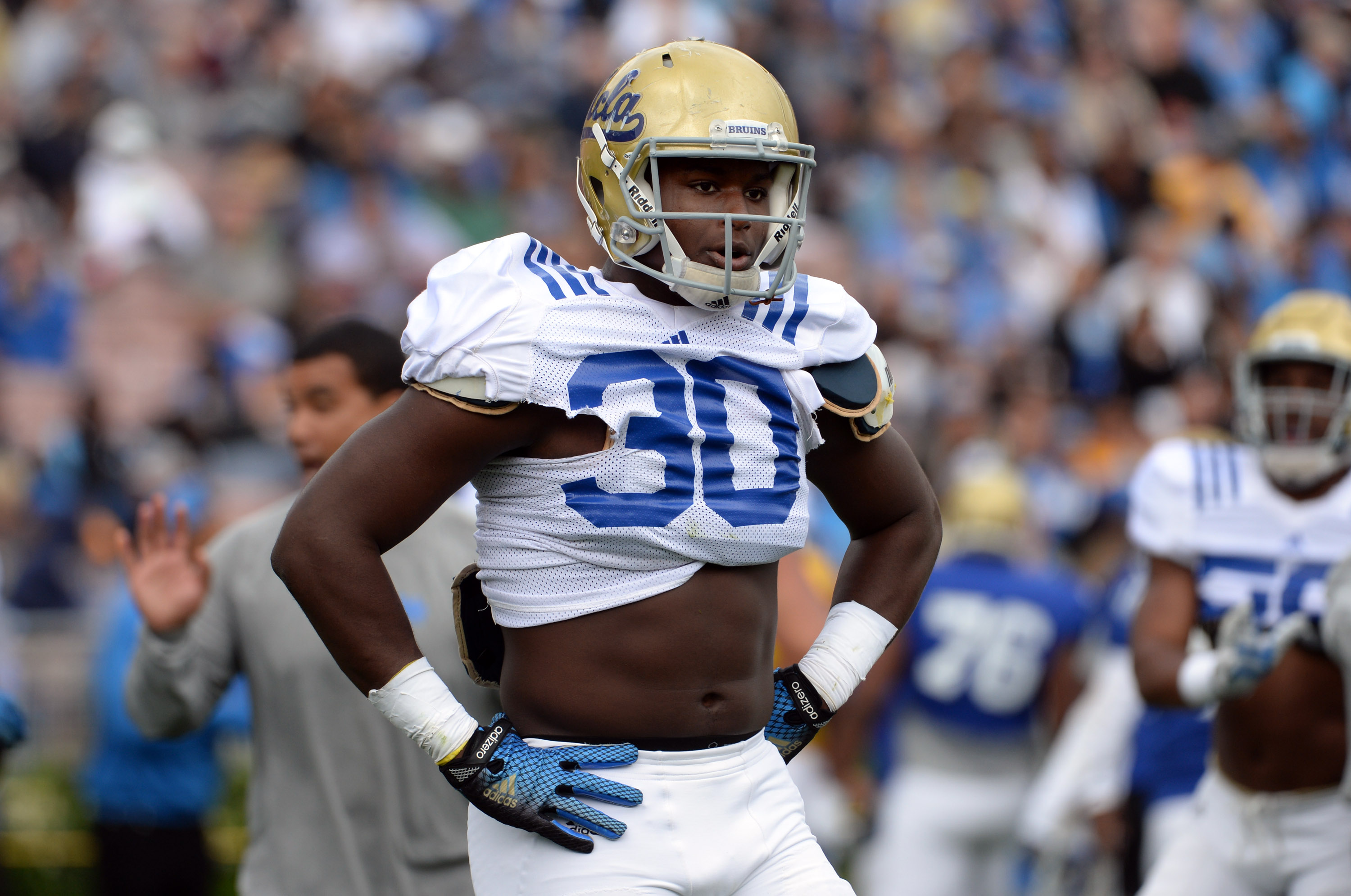 UCLA linebacker Myles Jack won’t return kicks in games despite doing so in practices, according to his coaches. (Keith Birmingham/ Pasadena Star-News)

The first time it happened, Jim Mora dismissed it as “messing around.”

Myles Jack, he insisted, just loved being on the field — even if it meant doing something that would never translate into a game. The UCLA linebacker was not being considered a potential kick returner.

But four months have passed, and the 6-foot-1, 245-pound junior is still taking the occasional rep on special teams. And yet, once again, the coaching staff is not publicly regarding it as a viable option.

“That’s something we’re just toying with right now,” said Scott White, the Bruins’ linebackers coach and special teams coordinator. “But I don’t anticipate that being something that we go forward with.”

The two candidates White particularly likes are receivers Stephen Johnson and Mossi Johnson, who are entering their freshman and sophomore seasons, respectively. He praised the latter for his ball security, which he called the top quality he looks for in a return man.

“That’s first and foremost,” White said. “The guy that’s sure-handed. But at the same time, a guy that’s explosive enough and dynamic, can put their foot in the ground and hit it.”