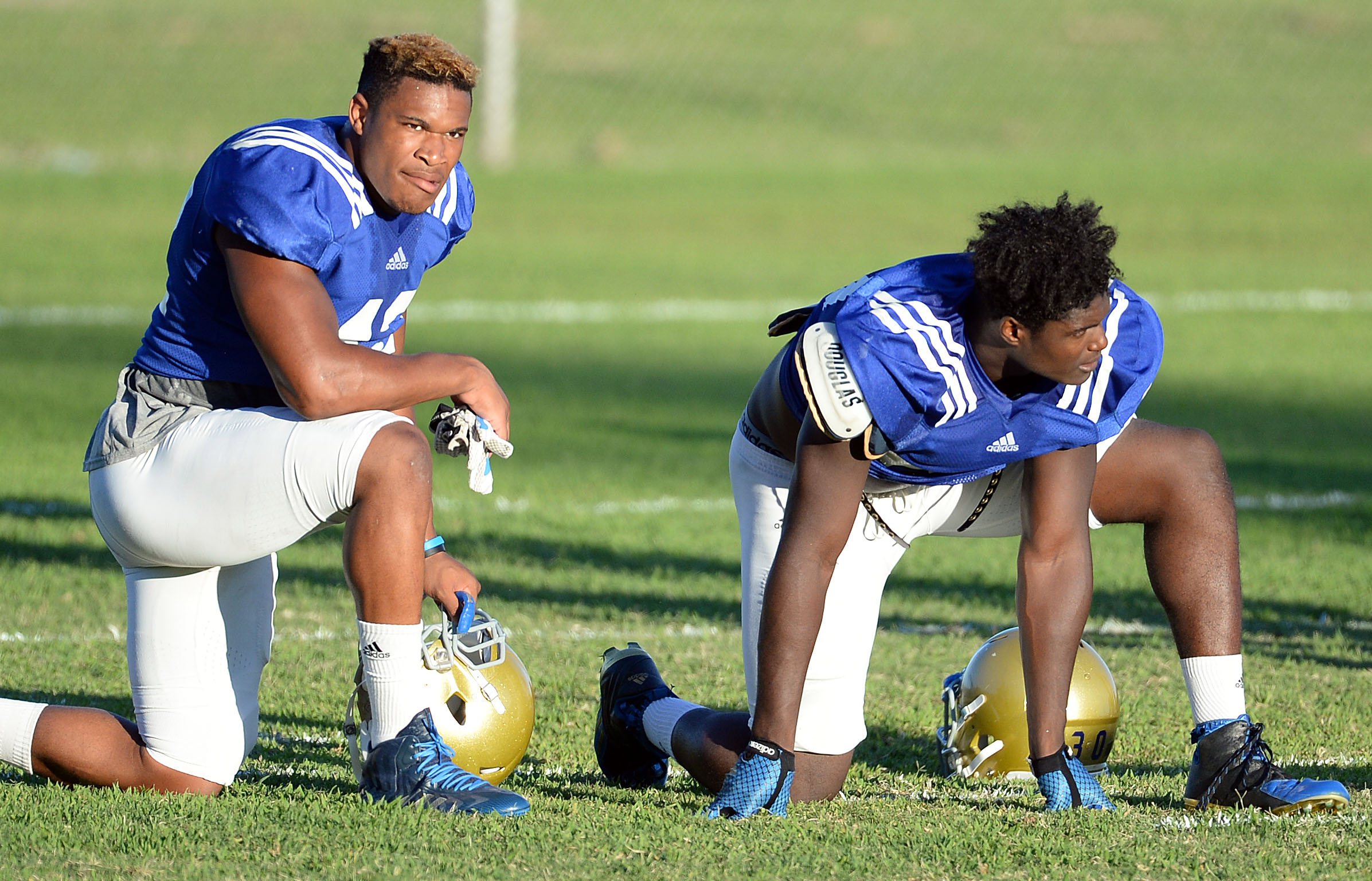 UCLA linebacker Kenny Young (left) has joined the Bruins’ long line of injured players. He is questionable to play at Oregon State on Saturday. (Will Lester/Staff )

UCLA inside linebackers Isaako Savaiinaea and Kenny Young are both questionable to play at Oregon State next Saturday, head coach Jim Mora said.

Savaiinaea hurt his ankle against Cal more than a week ago, and was on the sideline in street clothes during the Bruins’ 35-31 win over Colorado yesterday. Young left in the second quarter with what Mora called an upper body injury.

Without the pair unavailable, UCLA put true freshman Josh Woods in for his first career appearance. He pulled his hamstring after about 12 plays.

Mora also listed as questionable offensive tackle Kolton Miller (knee), receiver Devin Fuller (ankle), receiver Stephen Johnson III, defensive back Ishmael Adams, offensive lineman Caleb Benenoch, and cornerback Marcus Rios as questionable to play in Corvallis — but added that he doesn’t have a great “feel” for their status this early in the week.