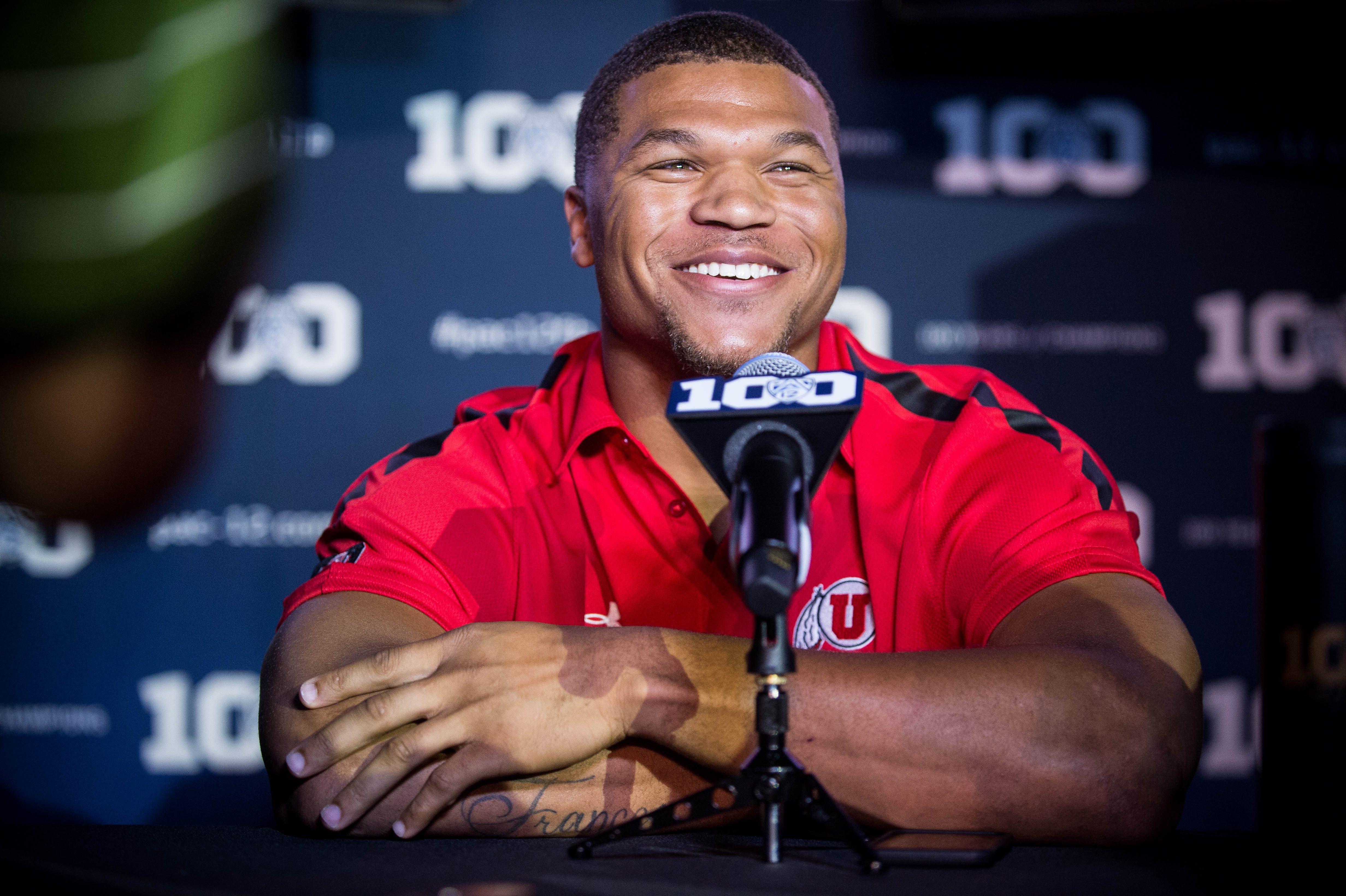 Utah running back Devontae Booker, who leads the FBS with 268 carries, will undergo minor meniscus surgery just days before the No. 18 Utes host UCLA. (Sarah Reingewirtz/Staff)

Utah will be without star running back Devontae Booker for at least the rest of the month, giving a tremendous boost to the UCLA defense that visits Salt Lake City on Saturday.

According to both ESPN700 and the Salt Lake Tribune, Booker has been scheduled for a minor meniscus surgery today. He is expected to be out until at least the Utes’ bowl game. The 5-foot-11, 212-pound leads the FBS with 268 carries, and is second in the Pac-12 with 11 touchdown runs. His 1,579 yards from scrimmage accounts for more than 40 percent of Utah’s total offensive output.

The Bruins had praised Booker all week long, with defensive tackle Kenny Clark calling him the “best running back we’ve played all year.”

“Booker’s a tremendous athlete,” Clark said on Wednesday. “Strong runner. Can’t arm tackle him. He’s going to run through arm tackles. … He’s just a powerful runner, man. He’s fast. He has good balance. You hit him, he stays on his feet.”