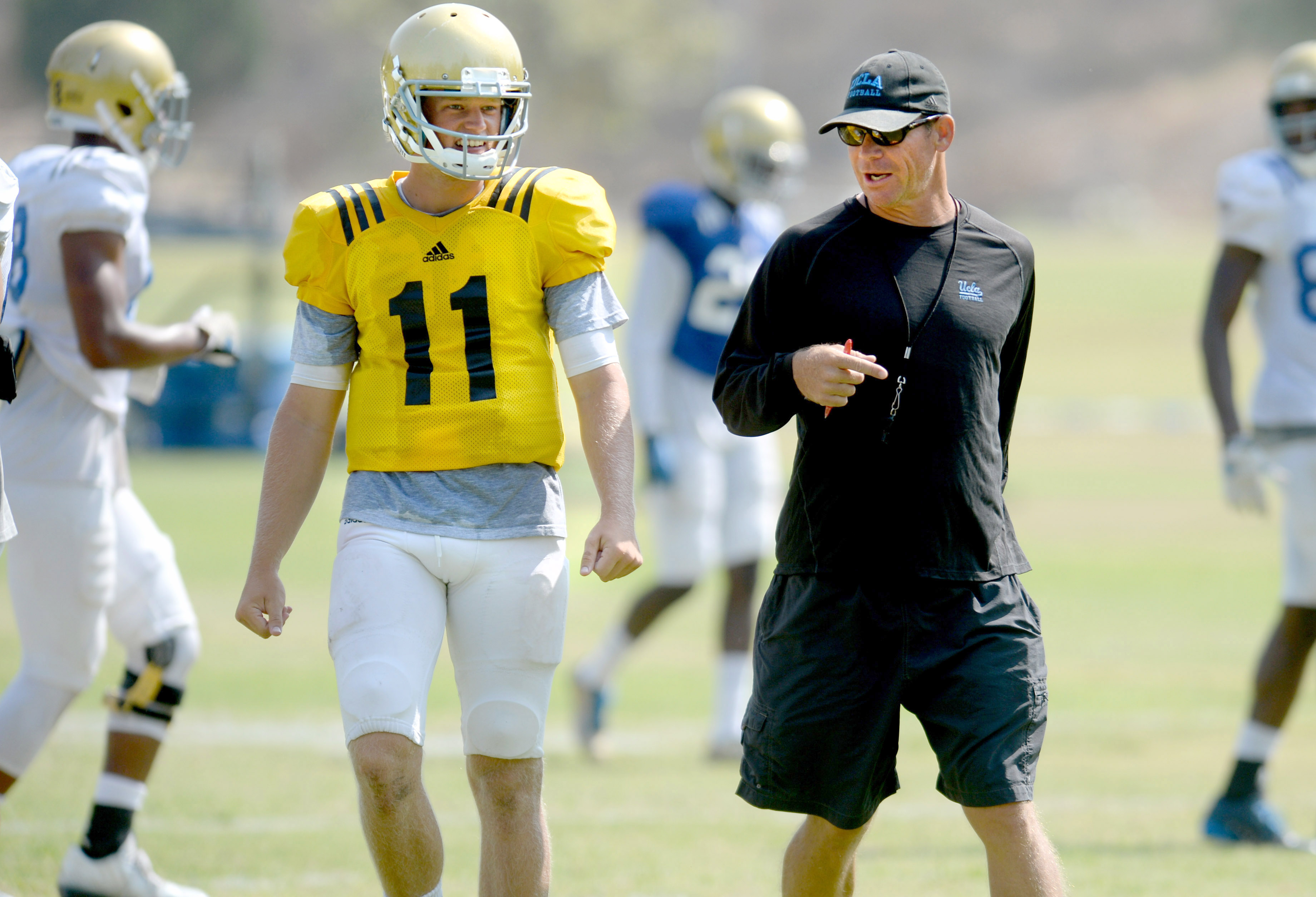 UCLA quarterback Jerry Neuheisel (11) is heading into his final game as a Bruin, but could stay with the team in a different capacity. (John Valenzuela/Staff)

The Foster Farms Bowl will be the last game for Jerry Neuheisel, ending a UCLA career that he punctuated with one of the most thrilling comebacks in recent Bruin history.

His next step after Saturday, however, remains uncertain. The backup quarterback has made clear his aspirations to become a coach. Head coach Jim Mora hinted last month that the redshirt junior could become a UCLA graduate assistant, but said this week that the two have only engaged in “preliminary discussions.”

He did take the opportunity to laud Neuheisel’s dedication to the Bruins, pointing out that he is closing his career the same way he began it in 2012: as UCLA’s scout team offensive player of the year.

“Jerry’s awesome,” Mora said. “Jerry is something special. He’s one of my favorite people in the world after only knowing him for four years. How can you not love the guy? His attitude, his work ethic. …

“Your backup quarterback says the way I can best help this team is to go over and work with the first-team defense as the scout-team quarterback. That’s rare. That does not happen.”

The loss of Neuheisel — who will likely be best remembered for his game-winning touchdown pass against Texas in 2014 — leaves a void at backup quarterback, a role that he has occupied for three straight seasons.

Mora said that former walk-on Mike Fafaul, who competed for the starting spot this past offseason, intends to stay with the team for his redshirt senior season. Three-star recruit Matt Lynch has also signed with the Bruins and intends to enroll early.