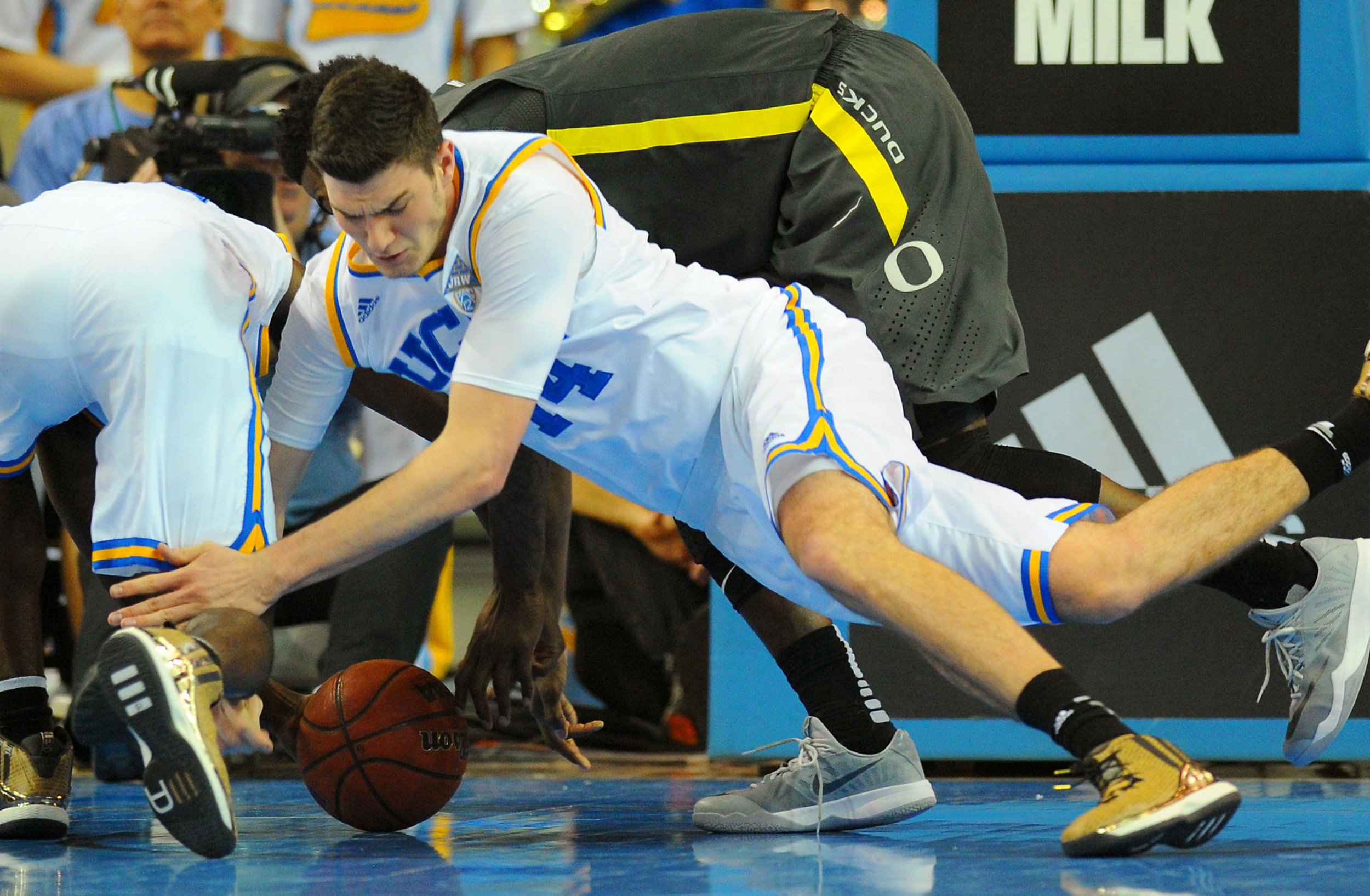 UCLA forward Gyorgy Goloman has not played this season due to a stress fracture in his leg. (Michael Owen Baker/Staff)

UCLA’s 67-53 win over McNeese State on Tuesday night marked the Bruins’ last game of 2015. The team is hoping to ring in the new year with a couple of extra bodies.

Head coach Steve Alford told reporters after the game that Prince Ali and Gyorgy Goloman could both rejoin the team’s bench in time for its Pac-12 opener at Washington on Jan. 1. Ali has missed three games with a bruised knee, and had been averaging 5.8 points as the first guard off the bench for UCLA.

Goloman, who averaged 10.8 minutes as a freshman, has yet to play this season due to a stress fracture in his leg. Alford said the 6-foot-11 forward will be out for another week or two, which could delay his debut until the Bruins host No. 8 Arizona on Jan. 7.