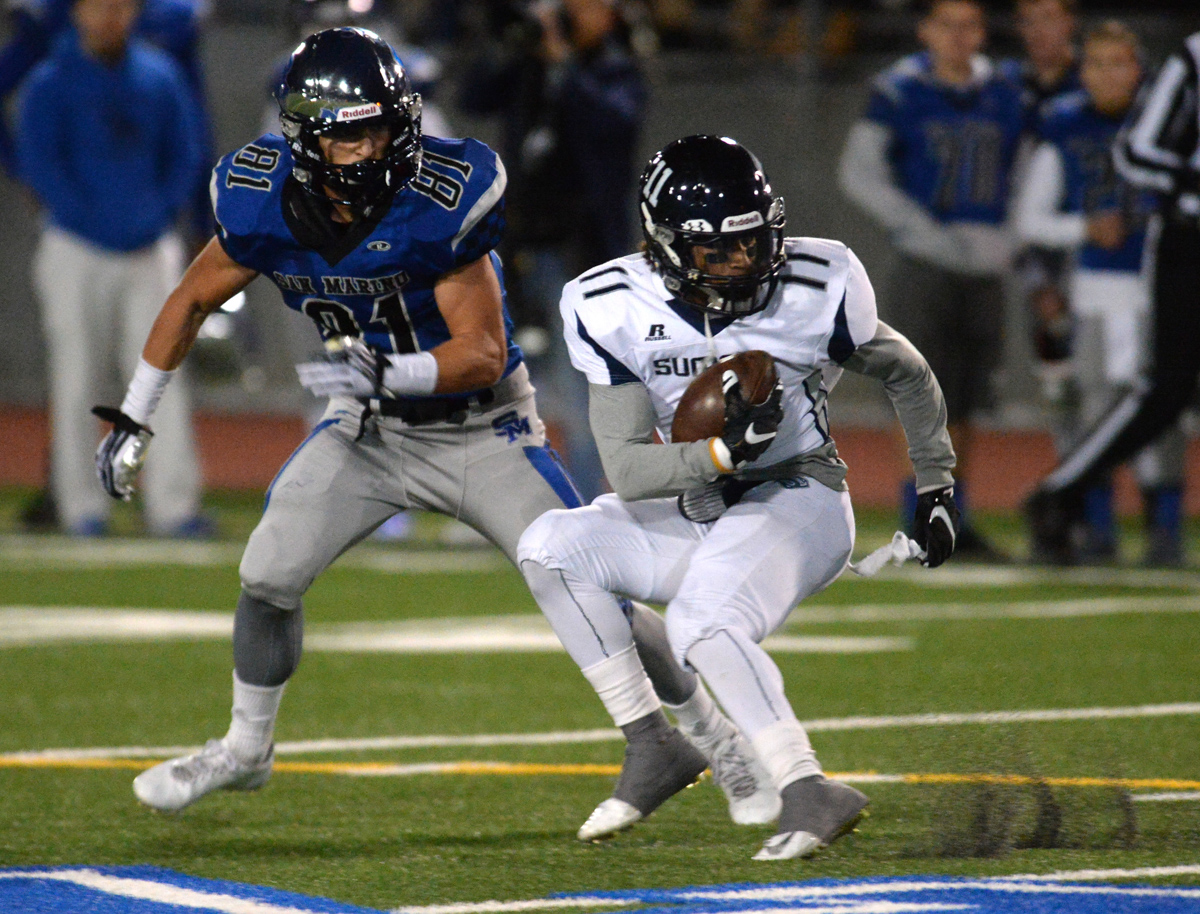 Damian Alloway (right) is the latest four-star receiver to commit to the Bruins’ 2016 class. The Summit High star had over 1,600 all-purpose yards as a senior. (John Valenzuela/Staff)

Four-star receiver Damian Alloway committed to UCLA on Friday morning, giving the Bruins another dynamic target in the class of 2016.

His decision, announced through a Bleacher Report video, moved UCLA’s recruiting class to No. 10 in the country, according to both Rivals and Scout. It also ranks first in the Pac-12, ahead of Stanford and Oregon.

The former Fontana (Calif.) Summit star is the second top-20 receiver to pick UCLA, according to Rivals rankings, joining Westlake product Theo Howard. Howards is rated No. 5 at his position and has already enrolled in school.

Alloway was named to the Inland Valley Daily Bulletin All-Area team in each of the last two seasons, and recorded 1,655 all-purpose yards as a senior. His 55 catches turned into 23 touchdowns. He also led his team with six interceptions.

His commitment helps fill an area of need for UCLA, which is losing four of its top five pass-catchers in 2015. Those departures include senior Jordan Payton, the program’s career receptions leader, and Thomas Duarte, who led the team with 10 touchdown catches.

The Bruins also have commitments from Demetric Felton, whom Rivals ranks as the No. 23 athlete in the country, and top-40 receivers in Darian Owens and Dymond Lee.