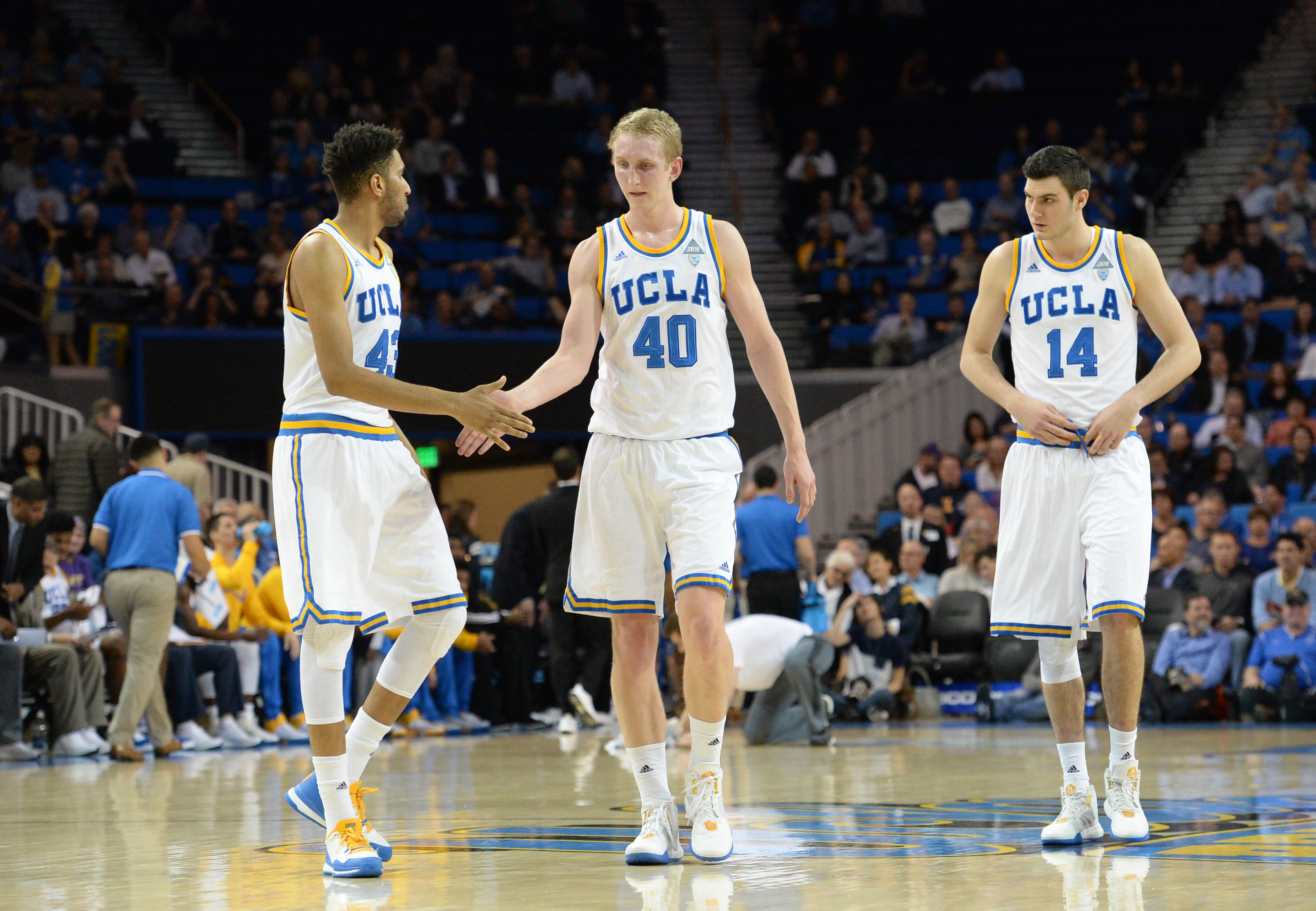 UCLA will start forward Jonah Bolden against Washington State this, shaking up the starting lineup in an attempt to fix the team’s defensive struggles.

The sophomore is making just his second start of the season, moving up over senior big man Tony Parker. After Thursday’s 86-84 loss to Washington, head coach Steve Alford said that the team’s “big-big” lineup of Parker and sophomore center Thomas Welsh was becoming too ineffective in getting stops.

After the game, Alford agreed that UCLA (12-9, 3-5) looked more effective when it paired Bolden, who is an inch taller than the 6-foot-9 Parker but 40 pounds lighter, with Welsh. The sophomore played 26 minutes against the Huskies and led the game with 11 rebounds, just the third time this season that he hit double digits in that category.

“We got to more balls,” Alford said. “We pursued things with more urgency. We were much more athletic. That’s something we’ve got to look at.”