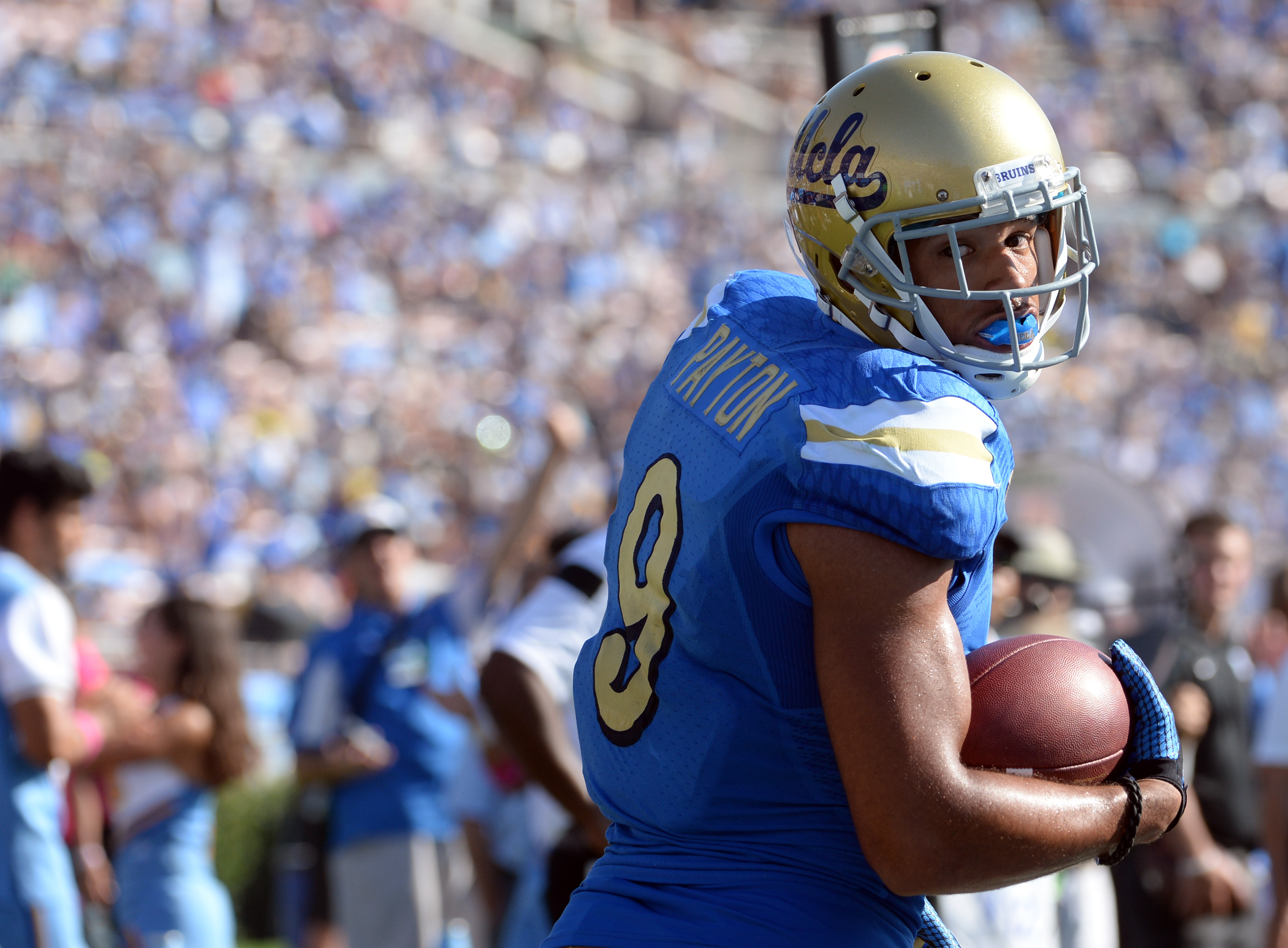 UCLA wide receiver Jordan Payton (9) catches a pass for a touchdown against Oregon in the second half of a NCAA college football game at the Rose Bowl in Pasadena, Calif., Saturday, Oct. 11, 2014. Oregon won 42-30.
(Photo by Keith Birmingham/ Pasadena Star-News)

After graduating as UCLA’s leading receiver, Jordan Payton was selected with the 15th pick in the fifth round by the Cleveland Browns.

He was the third former Bruin to be selected in a stretch of seven picks in the fifth round, joining offensive lineman Caleb Benenoch and Paul Perkins. Benenoch and Perkins went back-to-back as the ninth and 10th picks, respectively, in the round.

Cleveland!! Can’t wait to get it going.

Welcome to the #DawgPound, Jordan Payton!