Here’s a look at how rushing attempts have been split up during the conference schedule, showing some information about yardage gained by each rusher. 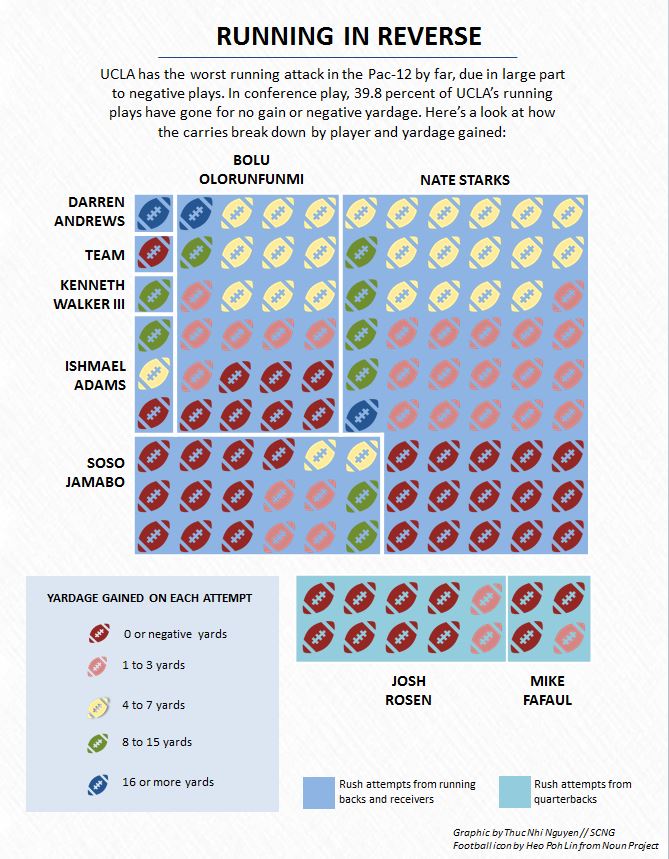 Nate Starks has emerged as the main ball carrier. Of his 51 carries, 15 have been stopped for 0 or negative yards (29.4 percent).

Soso Jamabo has lost yards the most often between running backs and receivers who have carried the ball. The sophomore got dropped in the backfield on 10 of his 18 carries (55.6 percent). You might recall that against Arizona, he didn’t gain a single positive yard on six carries.