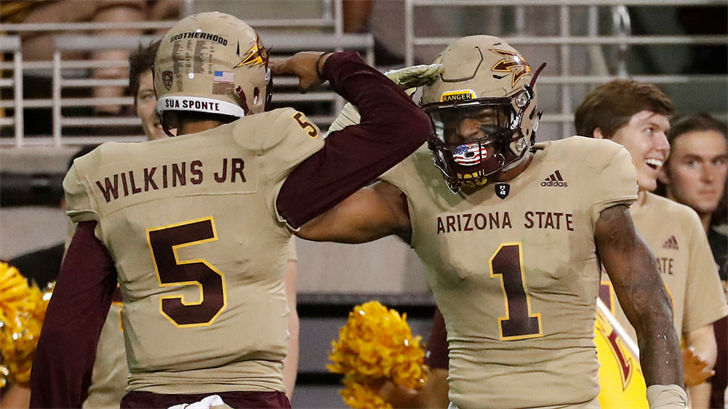 Arizona State has won three of its past four games and relied on different strengths during each victory. The Sun Devils sacked Washington quarterback Jake Browning five times in their 13-7 win over Washington on Oct. 14, then picked off Utah’s Tyler Huntley four times the following week to win 30-10 in Salt Lake City. After a 48-17 loss to USC, ASU bounced back with a 41-30 victory over Colorado last Saturday in which it rushed for 381 yards to come back from a 10-point deficit entering the fourth quarter.

As has become a staple under head coach Todd Graham, the Sun Devils are one of the best teams in the Pac-12 in sacks with 30 in nine games, which ranks second behind USC’s 34 in 10 games. For its exotic pressures, ASU trades pass defense as the secondary is 11th in the conference in pass defensive efficiency.

ASU is the least penalized team in the Pac-12 with 35.7 penalty yards per game.

Last year’s meeting between these two teams changed the trajectory of UCLA’s season. Arizona State sacked Josh Rosen five times, including a season-ending hit that landed the star quarterback in surgery a month later. The Sun Devils kept the Bruins to minus-1 rushing yard, but gave up 444 passing yards. Rosen threw for a then-career-high 400 yards, despite missing part of the first half due to a lower body injury before returning in the third quarter to only get hurt again in the fourth.

Under head coach Jim Mora, the Bruins have never beaten Arizona State at the Rose Bowl. Last year’s ASU victory in Tempe was the first home win for either team during the Mora era. The last time the Sun Devils came to Pasadena, they upset then-No. 7 UCLA in 2015 behind 273 passing yards and three total touchdowns from quarterback Mike Bercovici.

The quarterback is also a threat on the ground as he ran for 95 yards and one touchdown in ASU’s win over Colorado. He scampered for the game-sealing score with 46 seconds left.

Richard rushed for a career-high 189 yards against Colorado and pairs with fellow senior running back Kalen Ballage, who has rushed for five touchdowns this year.

The redshirt junior is a defensive stat stuffer for the Sun Devils as he leads the team in tackles and is one of only two ASU players with an interception, a forced fumble and a sack.