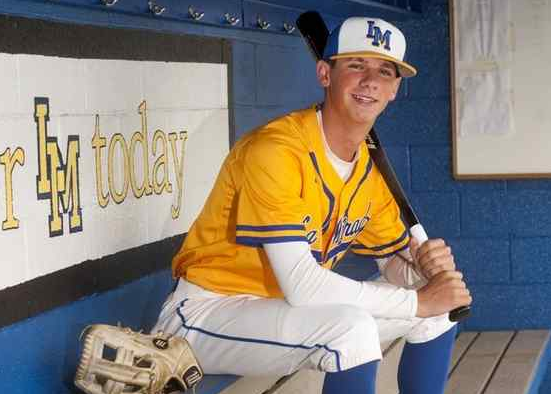 By Stephen Ramirez
La Mirada has fielded arguably the top baseball program in the area for the past two decades, and the Matadores added to that tradition by winning the Suburban League the last two seasons.
Kevin Kendall, considered one of the top shortstops in Southern California and who will play at UCLA, played a big part in that success, including this season when La Mirada posted wins against some of the top programs in the CIF Southern Section.
For his efforts, Kendall is the 2017 Whittier Daily News Baseball Player of the Year.
“This means a lot,” Kendall said of being named Player of the Year. “I know there are many other great candidates who all worked very hard as well. I’m just honored to win this.”
Kendall contributed to the Matadores’ effort at the plate and in the field. At shortstop, he solidified La Mirada’s defense up the middle, committing just six errors in 91 chances, with 33 put outs and 52 assists. Offensively, he was one of the top hitters in the area, batting .416 with 12 RBIs and 11 extra-base hits. He also scored 20 runs and stole 18 bases without being caught.
“There’s the old saying where you have to be good up the middle, and we’ve been very, very luck to have him as our shortstop the last two years,” La Mirada coach Jim Zurn said. “No. 1, his baseball talent is through the roof. He’s going to UCLA for a reason.
“But he’s just a good kid. His teammates respect him, they play hard for him, because they know what he gives us. I couldn’t be happier for him.”
With Kendall handling the middle of La Mirada’s defense, the Matadores won 47 of 61 games the past two seasons, including going 24-6 this past spring, and won the last two Suburban League crowns. La Mirada also went a respectable 2-2 in the Boras Classic, posting wins over Del Rey League champion Bishop Amat (4-1) and Los Angeles City Section finalist Chatsworth (6-4).
La Mirada advanced two rounds in the CIF-SS Division 2 playoffs, ending its season at Palm Desert.
“It’s been very special,” Kendall said of playing at La Mirada. “My first year on varsity as a sophomore we came up short. It was good to come back (last season) and this year to come out on top and defend our league title.”
Kendall also grew with La Mirada’s success from league runner-up to back-to-back champion.
“Coming in my sophomore year, I was kind of small,” Kendall said. “Our coaching staff and the rest of the players, we all pushed each other. By the time this year came around, we were all strong.
“I wish we had a better run in the playoffs, but we’re not going to let one game define how successful a season we had.”
Now Kendall will take his talents to UCLA. He’ll join a Bruins program, which is one of the best on the West Coast. UCLA won the College World Series in 2013 and advanced to the NCAA Division I Super Regionals in 2015 and the regional round this season.
“It’s a big step,” Kendall said. “My four years here just came to an end and now I’m looking forward to being part of another great program and hopefully helping them out. I’m really excited.”
Kendall is part of a solid all-area team that also includes teammates RJ Lan and Eddie Salcido; brothers Zach and Jared Thomas, of Cantwell-Sacred Heart of Mary; Santa Fe’s Isaiah Gonzales and California freshman Jacob Sharp.
Lan, who has signed with College World Series entrant TCU, was Suburban League MVP. The Thomases helped Cantwell win its second consecutive Camino Real title, while Gonzales and Sharp were Del Rio League MVP and offensive player of the year, respectively.
COACH OF THE YEAR
JIM ZURN, LA MIRADA 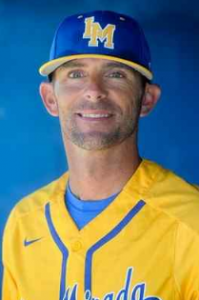