Given the stakes, it could go down as one of the greatest games in California League history, which began 72 years ago.
Abel Baker’s fifth hit of the game, a double with two outs in the top of the 15th, scored Angel Rosa with the go-ahead run and the 66ers downed Lancaster 4-3 in Game 5 of the South Division Finals.
The Sixers will host San Jose in the best-of-5 South Division Finals beginning Thursday at San Manuel Stadium, after San Jose downed Visalia 9-5 in Game 5 of the North Finals on Wednesday. Game 2 of the Championship Series is also in San Bernardino. Games 3, 4 and 5 are in San Jose Saturday-Monday, if necessary.
Here are some of the remarkable aspects of the game:

The Sixers had a losing record in the regular season, but are advancing to the Cal League Championship Series. Is that rare? It is, but not as rare as you might think. Lake Elsinore did that in 2011 en route to winning the league title, the San Bernardino Stampede did it in 1997 before falling in the finals. Bakersfield did it in 1984 before losing in the finals.

The Arizona Fall League rosters for this year were announced and several current or former Quakes or 66ers were selected to play.

The Glendale Desert Dogs, which includes minor leaguers from the Dodgers, Marlins, Twins, Reds and White Sox, has a few current or former Quakes. Current Quake coach Johnny Washington is on the coaching staff, and current Quakes C Pratt Maynard, C Chris O’Brien and 3B Corey Seager as well as ex-Quake OF Brian Cavazos-Galvez.

It may not look like it on the surface but after emails with the league office and some computations, the 66ers have already clinched a playoff spot, entering play on Monday, even though they are only up on High Desert by 6 1/2 games and the Quakes by 7 games with 8 66ers games remaining. The top 2 teams from that group will make the playoffs.

Here’s how. If the 66ers lose their final 8, they are 67-73. Because the Quakes and High Desert play each other three times this week, they can’t both go undefeated. If one of them went undefeated and the Sixers went 0-8, the Sixers would still get in as the 2nd wild card.

If the 66ers went 0-8, the Quakes went 2-1 against High Desert and the Quakes and High Desert won all the rest of their games, there would be a three-way tie for two playoff spots, at 67-73.

What is the tie-breaker? Head-to-head against the other teams. Entering Monday, the Sixers are a combined 31-17 against the other two teams, giving them the tiebreaker advantage and leaving the Quakes and High Desert to play a one-game playoff next Tuesday for the final spot. 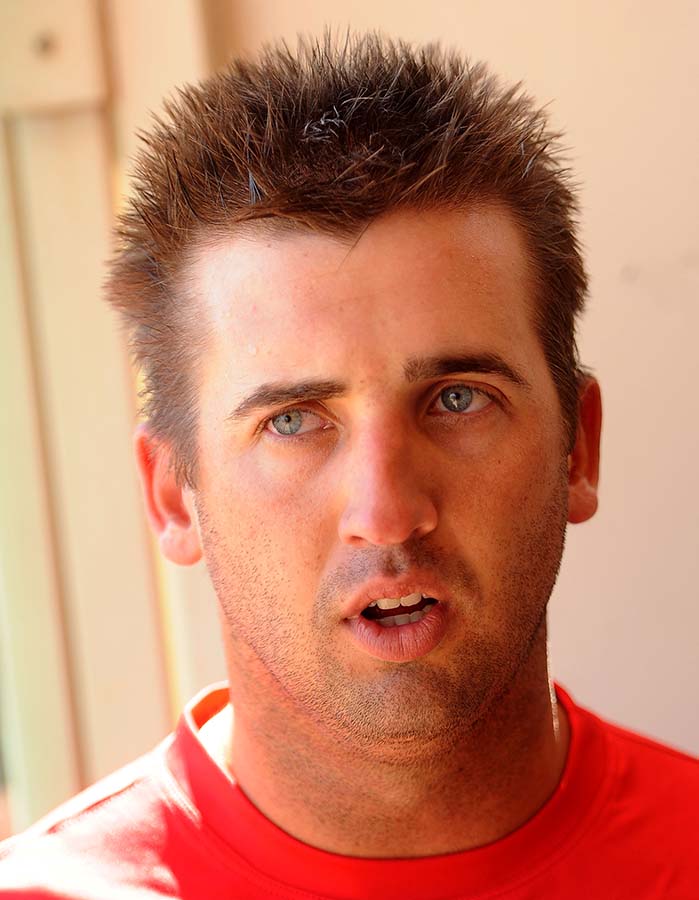 The Quakes and 66ers each made roster moves in advance of their series finale on Tuesday at San Manuel Stadium.

The Sixers had yet another pitcher go down with an injury, as right-hander Daniel Tillman went to the DL with a strained flexor tendon in his pitching arm. Tillman, who pitched for the Sixers the last two years, had made only two appearances since rejoining the team, the last time on July 4. In his place, the Sixers got right-hander Jairo Diaz. Diaz was 0-3 with a 3.97 ERA and eight saves for low Single-A Burlington before joining the Sixers.

Both the Quakes and 66ers opened the 2013 California League season at home on Thursday night, and both came through with exciting victories.

After blowing a 4-0 lead, the Sixers’ Ryan Jones’ third hit of the game, a single with one out in the 12th inning, scored the game-winning walk-off run in a 5-4 win over Modesto before 3,128 at San Manuel Stadium.

Meanwhile, the Quakes rallied from a 4-0 deficit and Scott Schebler’s three-run homer with two outs in the eighth lifted the Quakes to a 5-4 win over Lake Elsinore before 3,811 at newly renamed LoanMart Field.