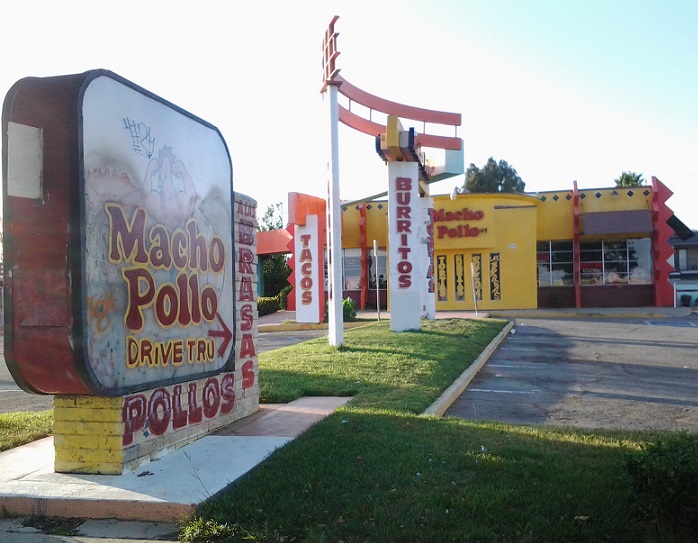 Before last Monday’s Pomona council meeting, I stopped at a place I’d passed by for years: Macho Pollo.

It’s a fast-food joint on East Holt near East End Avenue with a drive-thru. Its distinguishing characteristic is the monument sign at the curb featuring, to match the name, a cartoon of a shirtless chicken showing off his biceps. Weird but amusing. This time, instead of smiling as I drove by, I pulled in.

Macho Pollo isn’t much to look at inside: a counter, a few booths, a mirrored wall and a couple of foosball games, the kind with players attached to rods. The menu on the wall was a little confusing: all items appeared to be complete meals, including one with four tacos and one with a hamburger, but no chicken sandwich and no a la carte menu obvious. Maybe I only wanted three tacos.

A bit dazed by the menu, I told the man waiting to take my order, whom I soon judged to be the owner, that this was my first visit and I wasn’t sure what to get. A friendly fellow, he assured me “everything is the best” and gave me a plate with a thigh and some tortilla chips, just as a sampler. The chicken was astonishingly good. So I ordered the chicken breast meal, plus a medium horchata ($8.11).

The chicken is lightly spiced, grilled and served on a styrofoam plate with grilled onions. I would say it’s like El Pollo Loco but several orders of magnitude better. Rice, beans and tortillas came with it.

Macho Pollo has been on Holt for four years. The sign at the entrance optimistically calls the restaurant “Macho Pollo No. 1”; I don’t know if there are others. But there should be. I’m still a Donahoo’s man, but for non-fried chicken, this is tasty stuff.

“Tell your friends. Risk-free,” the owner joked as he handed me my plate.

Well, you’re all my friends, right? Check the place out. Macho Pollo is mighty (get it?) good.

* Update July 2014: Seven years after the above writeup, I returned with a chicken-loving friend for dinner. The menu was easier to comprehend, and we each got the same thing: the four-piece meal with fries ($10). At this point I can’t tell you how it compared to my earlier meal, but I liked it. The sign says “a la brasa,” which typically means cooked over charcoal, in Peruvian style, but I didn’t ask how they prepared it. My friend said approvingly that it tasted like the pan-fried chicken his mom used to make. 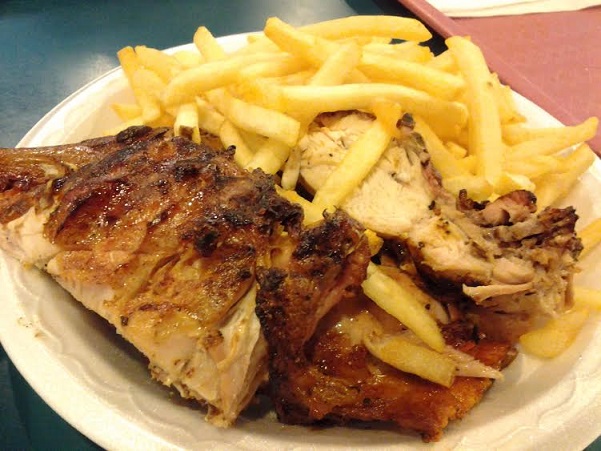 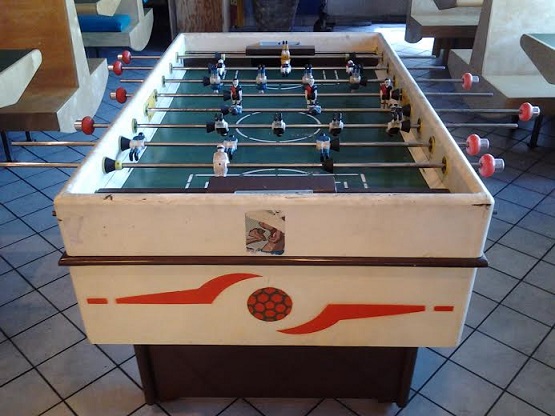