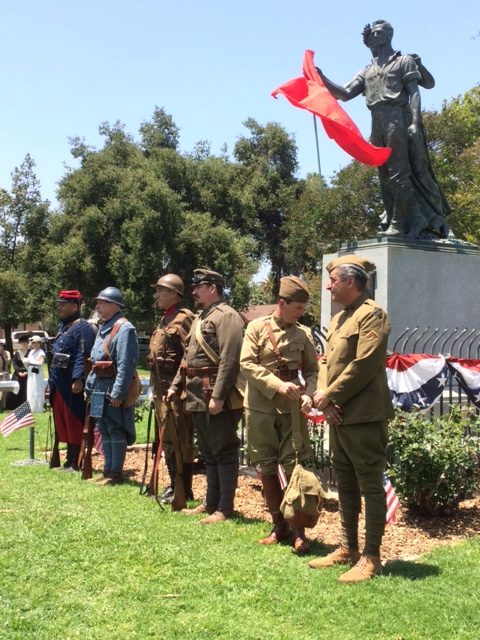 A World War I re-enactors group, the Great War Historical Society, lined up Monday prior to the sword unveiling at Pomona’s Garfield Park. Below, Rubio Gonzalez of the Historical Society of Pomona Valley gets the cloth off the sword. And below that, the re-enactors file past the reconstituted statue. Can you say “photo op”? After all, the statue was dedicated in 1923 to those who lost their lives in the Great War.

The bottom portion of the original sword was broken off by 1975, based on a photo in the Pomona Valley Historian publication, and later was stolen completely. A new sword was made nearly a decade ago but has been kept in storage. It was put up Saturday night, covered, lasted until the unveiling (whew), and is due to be removed Tuesday, to return to storage.

And by the way, what we had all thought was a bottle of water that some jokester had placed in the Goddess’ hand was actually a votive candle, which is more fitting for a war memorial than it had seemed. 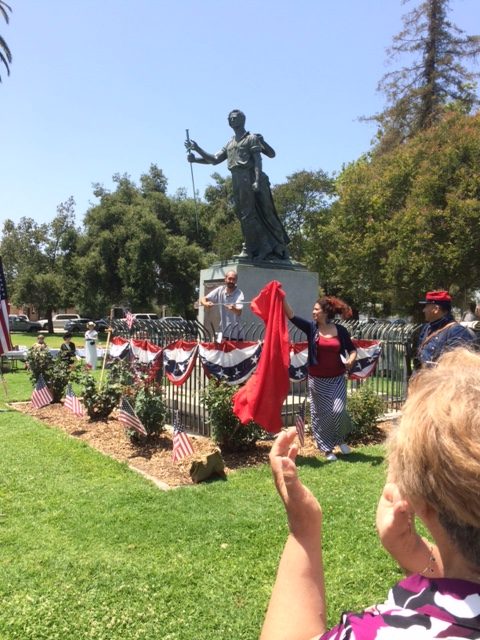 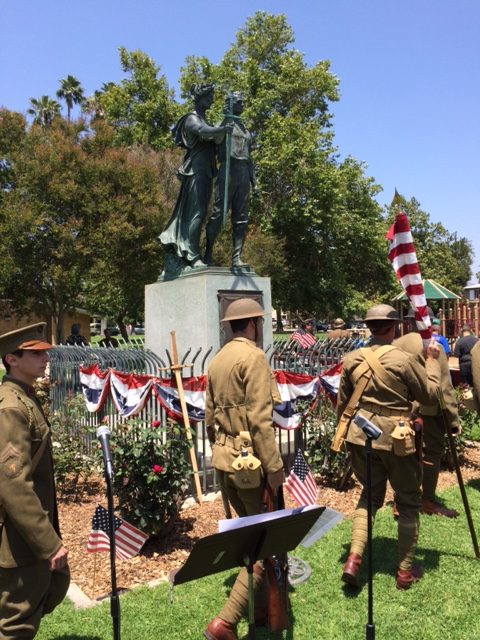