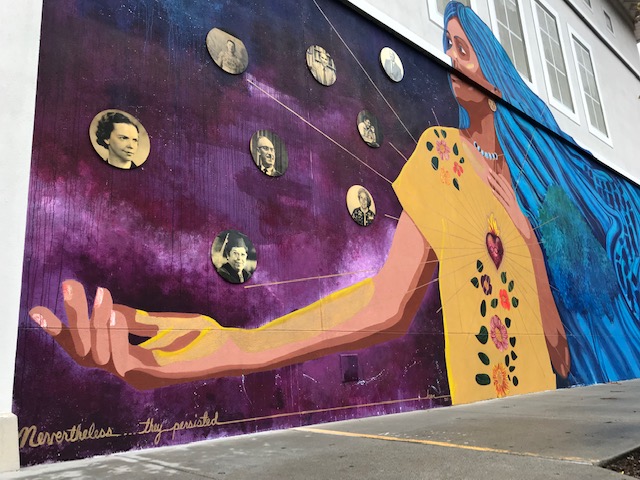 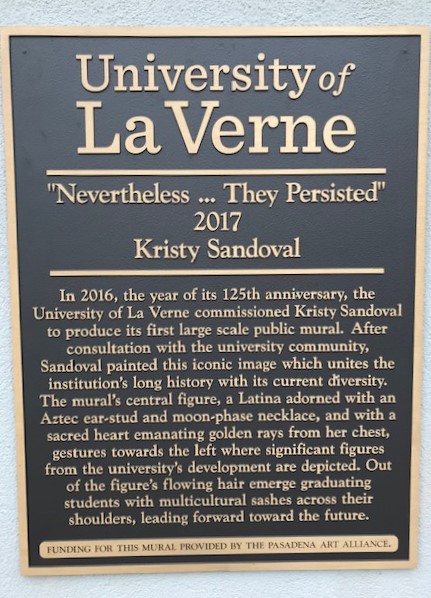 This mural on the south side of University of La Verne’s Wilson Library caught my eye, and how could it not, on a recent stroll on campus. Titled “Nevertheless…they persisted,” by Kristy Sandoval, the mural contains photo reproductions of important women from ULV history. By the way, the windows up top? Those are painted on in trompe l’oeil style to look real.

Incidentally, the mural’s title is a play on the 2017 comment by Senate Majority Leader Mitch McConnell in his rebuke of Sen. Elizabeth Warren: “Senator Warren was giving a lengthy speech. She had appeared to violate the rule. She was warned. She was given an explanation. Nevertheless, she persisted.” It became a feminist rallying cry. 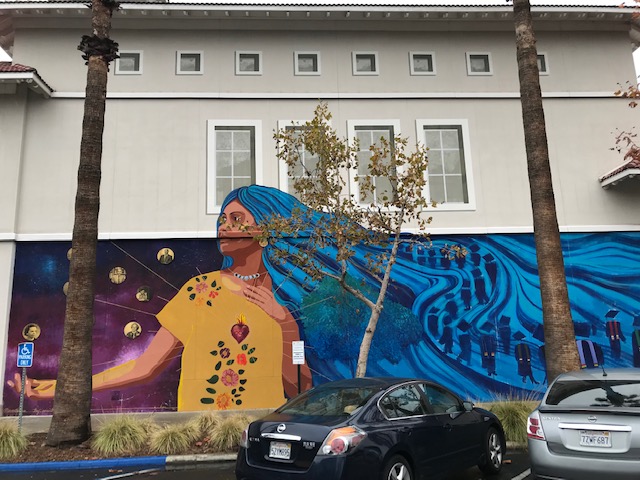