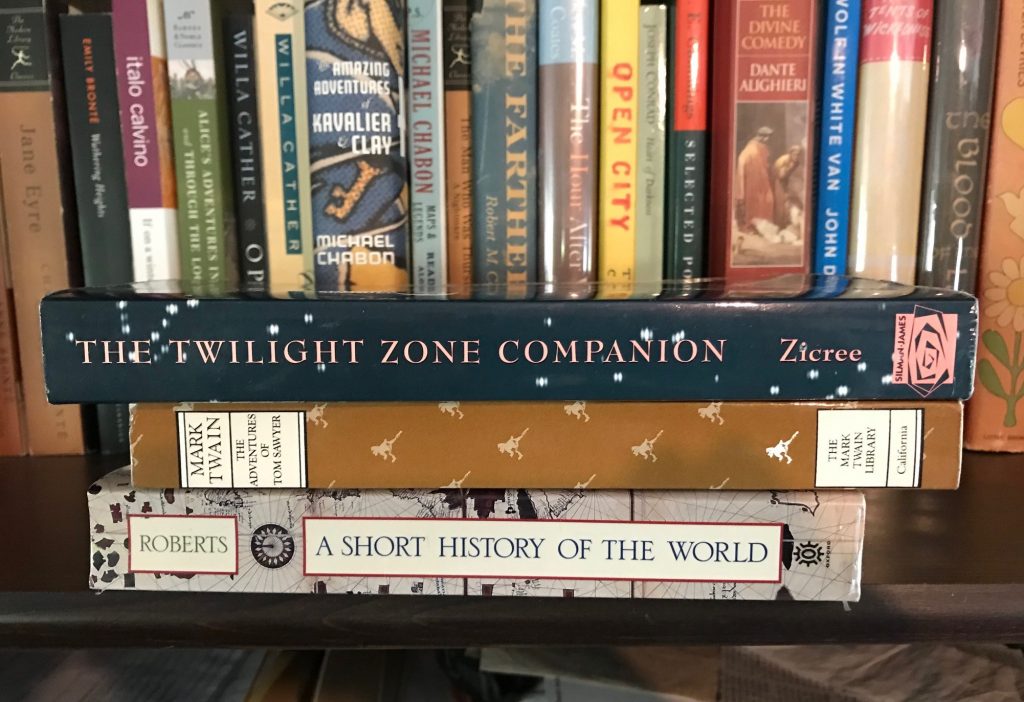 Happy July! So nice to see you all, or at least imagine you, as we check in on each others’ reading lives.

I read three books last month, one of them an American classic that no doubt everyone, or almost everyone, who reads this post will have read. Yes, that staple of school reading lists, “The Twilight Zone Companion.” Er, just kidding.

“Short History of the World” (1997): Roberts packs a lot into 513 pages, from the first hominids (“History is the story of human beings, and it is the human past which concerns us”) to the fall of the Soviet Union. A remarkable summary, full of insights and broad trends, and I feel smarter for having read it, but it does require concentration; let your mind drift for a paragraph and you’ve missed 50 years of history.

“Tom Sawyer” (1876): In his first solo novel, after the co-write of “The Gilded Age,” Twain evokes his own rural American childhood of 35 years previous with humor and tenderness. I first read this on my own sometime in childhood, perhaps in high school, and recall seeing the 1973 movie adaptation upon release; rereading the novel as an adult, it was remarkable to encounter so many incidents that imprinted themselves on the American mind: not just the whitewashing of the fence but Tom gallantly taking Becky’s punishment in class, Tom attending his own funeral, Injun Joe’s leap out the courtroom window, the final encounter in the cave (which was actually less dramatic than I’d recalled).

“Twilight Zone Companion” (1992): Largely an episode guide, this isn’t a book you’re likely to sit down and read for pleasure, but it’s indeed an excellent companion if you’re watching the series. Which I did: After buying the series on Blu-ray four years ago, I’ve gradually watched all five seasons and 156 episodes, picking up speed in 2020 (gee, it’s like I’ve had extra time on my hands) and reading the book as I went along. The episode summaries are well done and Zicree’s judgments are sound; in fact, for a fan he’s surprisingly critical. (Apparently in the most recent edition he walks back some of his harsher judgments.) Interviews with many directors and actors, and old quotes from Serling, flavor the looks at each episode and season.

These were three of my oldest unread books. “Zone” was bought in 1994; it seemed like a good idea at the time, given the praise for the book. “Short History” was purchased in 1998 in an excess of enthusiasm after reading a positive review. I bought it on the same excursion as Cather’s “Collected Stories” and Thoreau’s “Walden,” which I only read in the past year, and, heh heh, Jerry Seinfeld’s “Seinlanguage,” which I read immediately. Talk about your reach exceeding your grasp. And “Sawyer” was bought used in 2002.

Leaving aside my Shakespeare omnibus from college, from which I’m reading one or more plays per year, only four remaining unread books from my backlog were acquired in the 20th century. Progress, right? I’m midway through one of them now and expect to read a second this month as well.

How are all of you doing with your reading? I’m pleased to have been able to focus enough to make it through “Short History,” and have just finished another long book for July’s Reading Log. It’s hard to focus in general anymore, and perhaps I’m focused on the wrong things, but at least my bookshelves are benefiting. 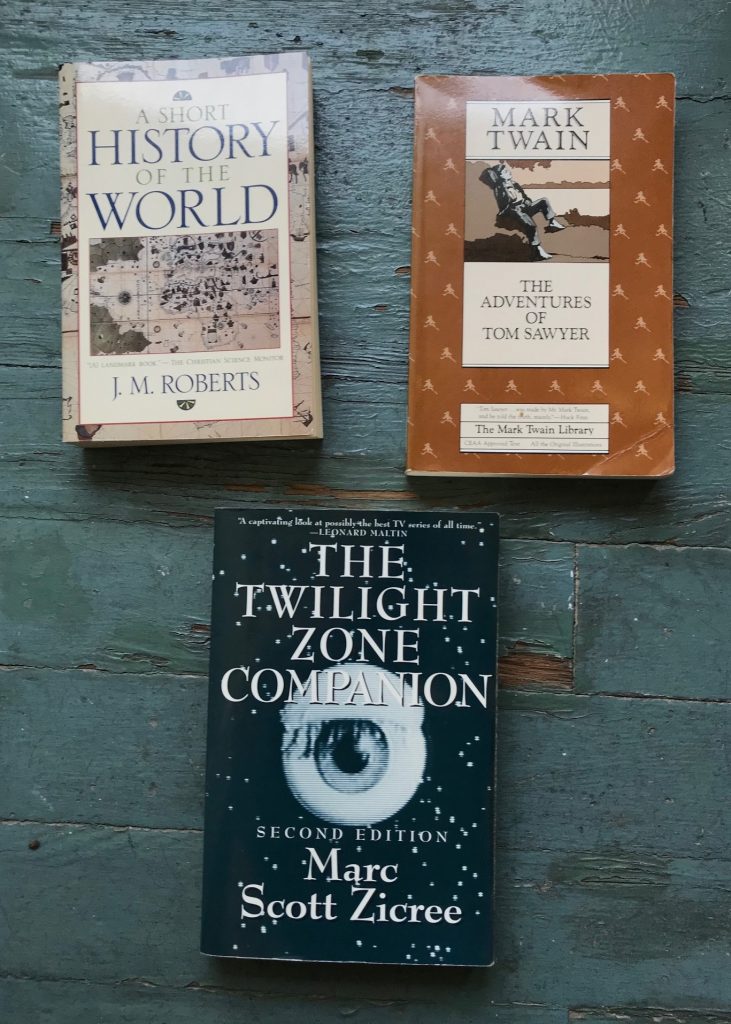