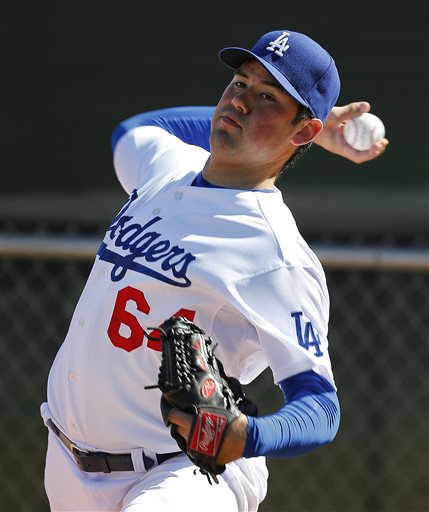 The Dodgers added pitchers Zach Lee and Chris Reed, and outfielder Scott Schebler to their 40-man roster Thursday. Each player was eligible to be taken in the Rule 5 draft in December unless they were on the Dodgers’ 40-man roster by the end of the day.


Lee, 23, was rated among the top 100 prospects by MLB.com, Baseball America and Baseball Prospectus prior to the 2014 season. But he struggled in his first Triple-A season, going 7-13 with a 5.38 earned-run average. The abnormally thin air of Albuquerque, New Mexico might have contributed to Lee’s high contact rate (10.6 hits/9 innings) but could not fully explain his increased walk rate (3.2 walks/9 innings). Lee might benefit from a change of scenery in 2015, when the Dodgers will move their top affiliate to a more neutral park in Oklahoma City.

Schebler, 24, is coming off a strong season at Chattanooga, where he slashed .280/.365/.556 and led the Southern League in home runs (28) and extra-base hits (65). It was a worthy follow-up to Schebler’s breakout 2013 season in the high Single-A California League, when he became a middle-of-the-order presence at Rancho Cucamonga. The final act: An equally strong showing in the Arizona Fall League (.310/.352/.524), for which he was nominated for the league’s MVP award.

Also Thursday, the Chicago White Sox claimed left-handed pitcher Onelki Garcia off waivers. Garcia missed almost all of the 2014 season recovering from an elbow injury. In 2013, his first pro season after defecting from Cuba, Garcia climbed the minor-league ranks to appear in three games for the Dodgers. His command issues aside, Garcia projected to be a serviceable middle reliever when healthy.