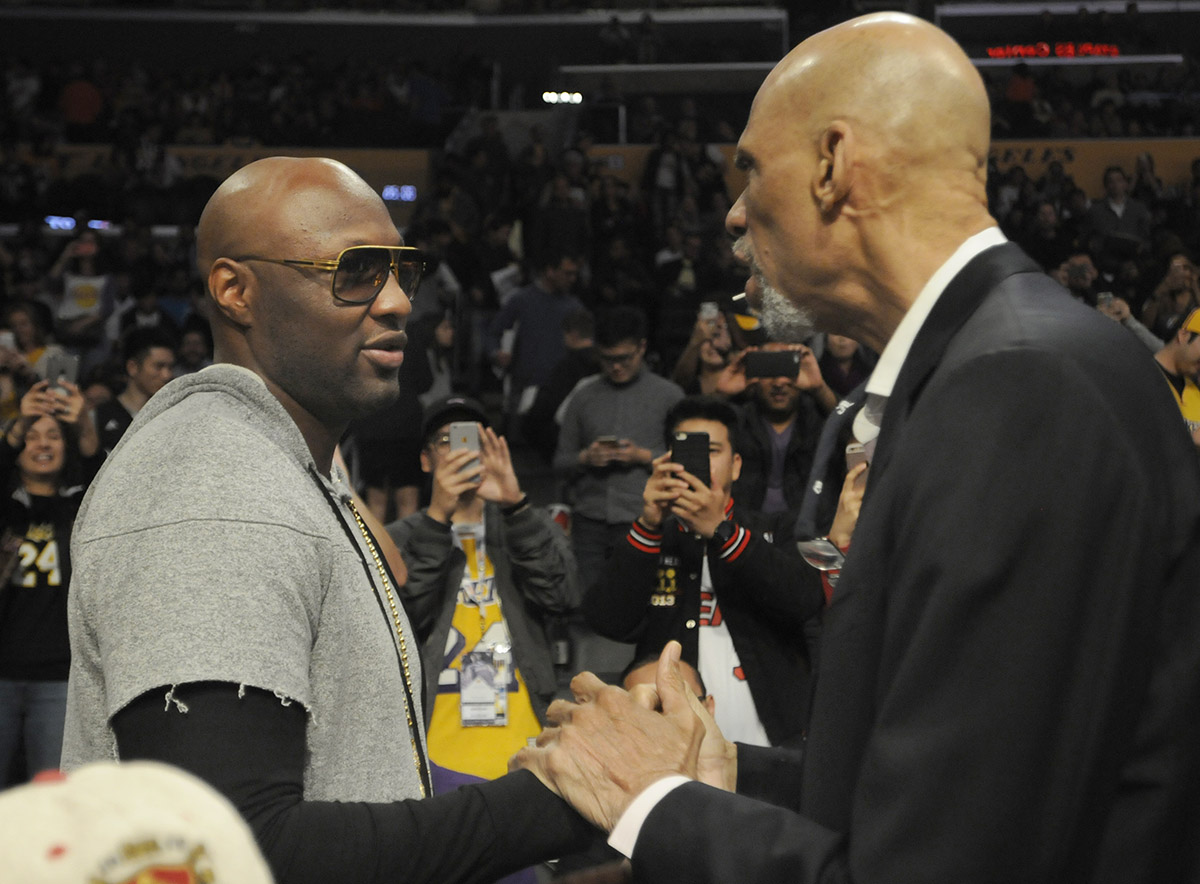 The visit seemingly lasted forever as former Lakers and Clippers forward Lamar Odom visited Kobe Bryant in the trainer’s room following the Lakers’ 92-90 victory over the Miami Heat on Wednesday at Staples Center. That visit marked a stark contrast to the visit Bryant made in mid October at a Las Vegas hospital after his former teammate had strokes and kidney issues.

“It’s a miracle, honestly,” Bryant said. “In Vegas, [he was on death’s door]. To see him walking around now as if nothing even happened, it’s really a miracle. It’s beyond good to see him.”

Bryant invited Odom to attend the game in what marked his first appearance at Staples Center since he was hospitalized five months ago for falling unconscious at a Nevada brothel. In the first half, Odom hugged Lakers president Jeanie Buss. Odom, who won two NBA titles as a key Lakers reserve from 2004 to 2011, also sparked cheers when the Staples Center scoreboard featured him.

“It was cool. It was awesome,” Odom said afterwards as he walked along a Staples Center hallway. “I got goosebumps.”

“It was like old times,” Bryant said. “It was great to talk basketball with them and talk trash. It was good and unbelievable.”

So did Miami guard Dwyane Wade, who became close with Odom when they played together during the 2003-04 season.

“Made losing this game not matter “as much” after getting a chance to spend time with my guy LO,” Wade tweeted. “#GodisGood”

“He’s a part of the family,” Lakers coach Byron Scott said. “It is absolutely fantastic to see where he is now to what the stories we were getting a few months ago. His recovery has been a miracle. We just wish to continue wishing him nothing but the best.”

Bryant believed it could provide perspective to his teammates as they dealt with the fallout surrounding Lakers rookie point guard D’Angelo Russell secretly recording a published video that showed teammate Nick Young admitting to infidelities.

“The Lamar situation was a great representation of that and what he was facing,” Bryant said. “There was no hope and to see him move today was beyond anything I could’ve imagined. To think it was just like yesterday that he was out here winning championships. It’s amazing how fast things go.”

“This is home for him. It’s been this way for many, many years,” Bryant said. “It’s just the feeling of being home and being loved, because we all love him and that’s never going to change. L.A. loves him. We all appreciate the championships that he brought here. Without him, there’s no way that we win any of those titles.”

D’Angelo Russell, Nick Young have talked privately, but friendship still up in air