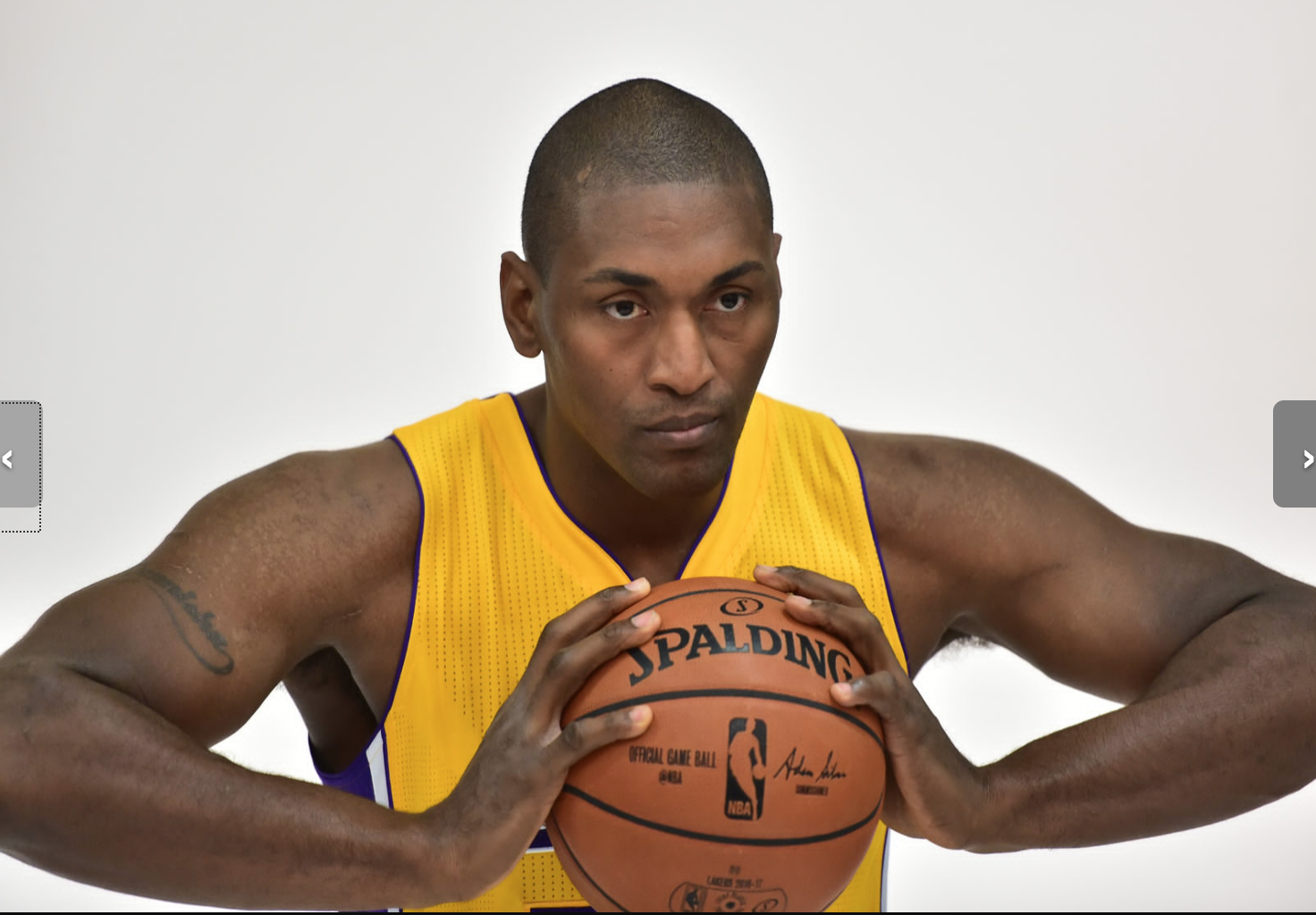 The talent seemed too good to pass up. Ron Artest locked down scorers, bulldozed defenders and made opponents fear his mere presence. But then concerns emerged about his anger, his partying and his focus.

The talent seemed too diminished. Metta World Peace struggled to score, defend and run as efficiently as he once did. But then encouraging signs emerged with his unyielding work ethic, strong conditioning and valuable wisdom to teammates.

World Peace became a changed man well before he legally changed his name nearly five years ago. He had already played a large part in winning his lone NBA title with the Lakers in 2010. He had already seen a sports psychologist to handle his anger that infamously contributed to his role in the Palace Brawl in 2004 that drew an 86-game suspension. He had already used his large platform to help various mental health charities.

But the end of World Peace’s career has represented an interesting contrast to the beginning of Artest’s career. Teams absorbed concerns about Artest’s behavior because of his superior talent. For the second consecutive year as World Peace nears closer toward retirement, the Lakers retained him on a non-guaranteed contract by willingly absorbing his diminished play because of his superior conditioning and leadership, two qualities that could significantly shape the team’s young roster.

“At the end of my career, I feel at the beginning,” World Peace said after practice on Monday at the Lakers’ facility in El Segundo. “I have a personal goal of trying to reach 20 years. In order to reach those goals, I have to take care of my body.”

“When I was young, I was reckless. But I wanted to prolong my career,” World Peace said. “So I had to make sure when I’m home, I’m making the right foods and cooking and doing different things like that. I’m able to prolong it, and it’s given me a lot of hope.”

So much hope that it actually does not seem far fetched that World Peace could cement play basketball professionally for 20 years. Sure, he enters his 17th NBA season unlikely to surpass last year’s effort both in production (five points on 31.1 percent shooting, 2.5 rebounds) and playing time (16.9 minutes). He also went scoreless in exhibition play in a combined 11 minutes, though World Peace boasted, “without scoring, I was able to change the game.”

Yet, it appears realistic that World Peace could at least spend the next few years following his eventual departure from the Lakers playing basketball somewhere overseas.

After all, World Peace defied the Lakers’ initial expectations for two consecutive years.

That has included his close relationship with Lakers coach Luke Walton, who played with him from 2009 to 2012. Walton described World Peace as “somebody I trust and somebody I can talk to about what’s going on.” Walton also outlined why World Peace would remain more valuable as a player than as an assistant coach.

“You can have the best relationship in the world with your players. But unless you’re out there going through what they go through, it’s a completely different relationship,” Walton said. “If one of your teammates tells you something and you’re [ticked] off or you’re frustrated about something, I tend to listen to my teammates much more than somebody who wasn’t in the trenches every day.”

Despite World Peace’s diminished playing time, it sounded like he has stayed deep in those trenches.

Lakers rookie forward Brandon Ingram gushed about World Peace talking with him everyday about how to use his length to disrupt passing lanes. During scrimmages open to the media, World Peace has often matched up with third-year forward Julius Randle to give him the kind of physical tests that will prepare him against other bruising forwards. After initially thinking World Peace would act the opposite in what his name preaches, Lakers second-year guard D’Angelo Russell has appreciated World Peace’s work ethic and inviting personality.

“I don’t know if he’s going to play a lot, but he can lead by example when he’s in practice,” Russell said. “When he’s off the court, on the bus, in the locker room and on the plane, he can really talk to guys and pick guys brains’ and see where guys really are. He’s such a positive dude. He knows what anybody is going through that when they’re struggling and not playing, he’ll be there for him.”

Hence, it did not sound surprising World Peace expressed sympathy for the teammates that the Lakers cut.

“He made it to the NBA and came back,” World Peace said of Yi. “He had a great career in China. Hes having a really good professional career.”

The Lakers also waived Brown despite both representing part of the team’s young core and entering the second season of a guaranteed contract worth $2 million. He averaged only 3.16 points on 46.6 percent shooting in 8.3 minutes during exhibition play. Though that marked a relative improvement from rookie season when he averaged 4.0 points on 31 percent shooting, Brown appeared unlikely to play much this season because of Deng’s experience, Ingram’s potential and Nick Young’s unexpected emergence.

“Anthony Brown got better,” World Peace said. “I was a fan of him last year. We were always talking and working. We practiced together a lot. He’s going to be fine.”

Will World Peace be fine enough to last the whole season so that his contract becomes guaranteed in January? Who knows. But World Peace believes he will be fine by following a few simple concepts.

He will follow Walton’s orders. He will remain open toward any role asked of him. That could entail strictly remaining a behind-the-scenes mentor. Or perhaps will he be needed for spot minutes, such as when World Peace averaged 8.6 points on 50 percent shooting in five games last season as a starter. And he will maintain a strict diet of vegan and grass-fed food to ensure he has “a chance to run with these young guys.”

“I definitely had to earn it,” World Peace said. “Some people think it’s easy and somehow the spot magically appears in your favor. But I work real hard.”

Moments later, World Peace then vowed that “he’ll be the same old Metta.” Even if that represents the same qualities that put fear in his opponents, it also represents the lifestyle changes that has ensured a happier and more prolonged ending to his career.

Lakers also depending on veteran players to mold young core