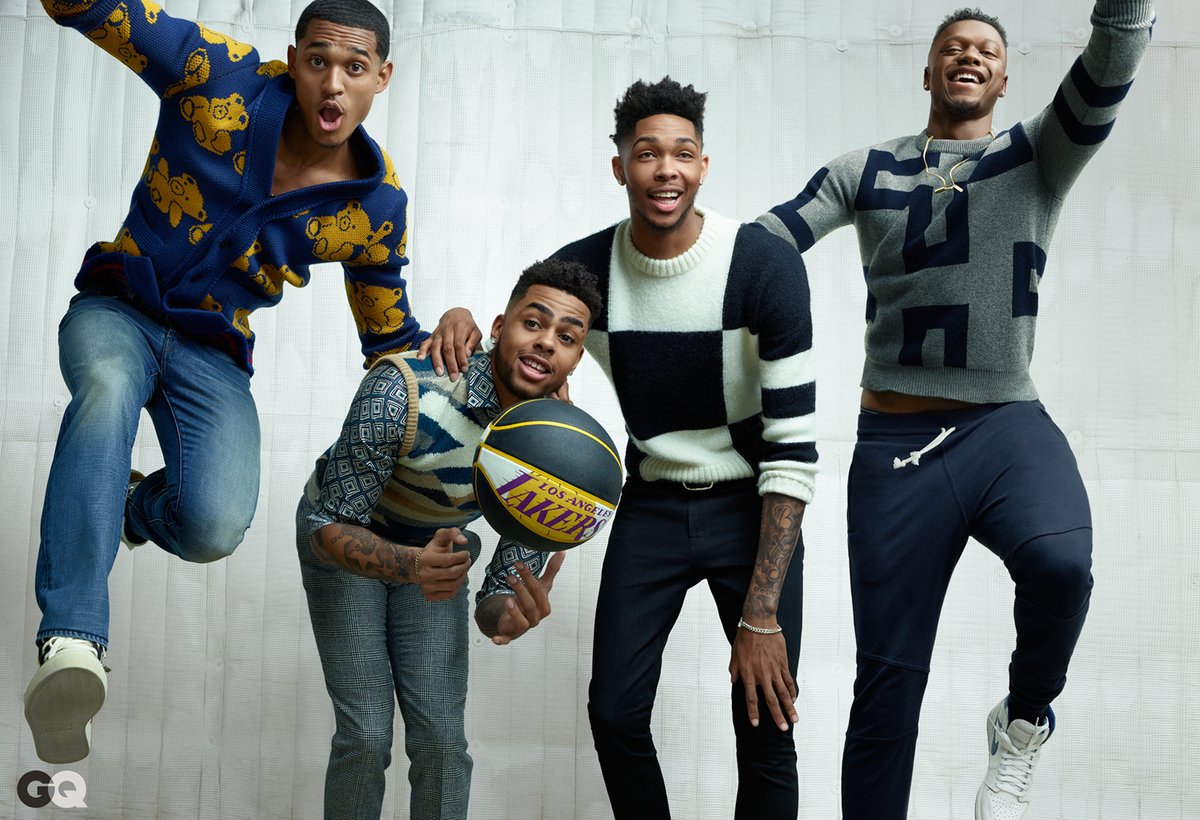 The memory brought smiles to their faces at a time when the Lakers’ young core has plenty of reasons to feel happy.

The Lakers open the 2016-17 season on Wednesday against the Houston Rockets at Staples Center with Kobe Bryant no longer the face of the franchise. Instead, the spotlight will shine on the team’s young players that include second-year guard D’Angelo Russell, rookie forward Brandon Ingram, third-year forward Julius Randle and third-year guard Jordan Clarkson.

So it only seemed natural that all four players also appeared in a GQ photo shoot both to show off their new identity and display their fashion sense. An interesting story came out of that experience.

“It’s funny. I wasn’t even there,” Randle said. “They went the day before me and I had to come the day after. It looks like we’re all together. But we really weren’t. But it was a fun experience.”

Scheduling conflicts may have arisen, but it appears photoshop took care of that issue. While Ingram has his arm around Russell, Clarkson and a photoshopped Randle are jumping up in the air on opposite ends.

“That was pretty dope, though,” Clarkson said. “It was a cool little shot and being there with my boys.”

All of which naturally exposed the players’ bragging rights.

Clarkson called it the “weirdest thing” that he wore a sweater featuring teddy bears. But he still described the sweater as “cool” and contended he was the most fashionable.

“I was the only one that could pull that off,” Clarkson said. “Just because it was different. It brought out my personality a little bit.”

“I had the best sweater. It was kind of young,” Randle said, laughing. “It was a little small. But I still think my swag was the best, for sure. I’m always going to say that.”

But even if Randle did not have the most authentic experience, it still fulfilled a childhood dream.

“I love fashion. So you grow up as a kid and you look at the GQ magazines,” Randle said. “I remember seeing LeBron [James] and all those guys and Kobe on the cover. You grow up and get your chance to be in it. I’m really honored to be in it.”

Five things we learned about the Lakers during training camp