You can’t blame Paramount for crowing this morning about the fact that films released by their studio received a total of 15 Golden Globe Award nominations this morning – more than any rival studio and a record for Paramount.
You see, Paramount had been in something of an awards drought since 1999 when it napped 13 nods.
“Babel,” the first title released under the studio’s newly-named specialty label Paramount Vantage, got seven nods while the musical “Dreamgirls” got five. “Two co-productions with Warner Bros., “Flags of Our Fathers” and “Letters From Iwo Jima” got one a piece.

Warner Bros was a close second with 13 nods followed by six a piece for Miramax, Sony Pictures, and 20th Century Fox.

As far as television nets go, HBO leads with 14 nods followed by ABBC (11) and NBC (9). NBC was boosted nominations for performers in its Thursday night comedies who snagged four of the five slots: Alec Baldwin for “30 Rock,” Zach Braff for “Scrubs” Steve Carrell for “The Office”: and Jason Lee for “My Name is Earl.” 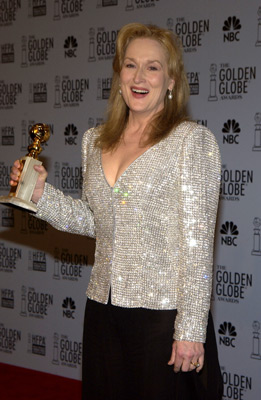 Meryl Streep may only have two Oscars (criminal!) but she has had 14 nominations overall. Her record is slightly better at the Golden Globes where she have won five trophies and this morning, received her TWENTY-FIRST nomination for her performance in “The Devil Wears Prada.” The first was for 1979’s “The Deer Hiunter” and the first win came a year later for “Kramer vs. Kramer.” In between there were wins for “Angels in America,” “Adaptation,” “Sophie’s Choice” and “The French Leuitenant’s Woman” and nominations for “The Mancharian Candidate,” “The Hours,” “One True Thing,” “Music of the Heart,” “Marvin’s Room,” “The Bridges of Madison County,” “Postcards from the Edge,” “Ironweed,” “A Cry in the Dark,” “Out of Africa,” “Silkwood,” the comedies “She Devil” and “Death Becomes Her” and the TV movie “First Do No Harm…”

What a body of work.

Streep’s co-star in “Heartburn” and “Ironweed,” Mr. Jack Nicholson also added to his impressive total landing his 17th nomination in the supporting actor category for “The Departed.” Nicholson has won seven Globes and was also the recipient of the Cecil B. DeMille lifetime achievement award.
Congrats to both of these acting legends!!! 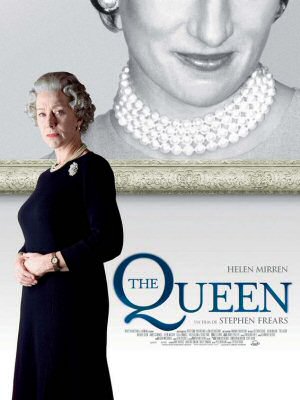 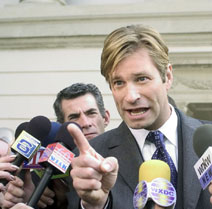 They are literally disassembling the ballroom. Guys with power drills are talking down platforms and all the glitzy TV folks are long gone. It’s just me and some radio reporters and wire reporters. I swear, 30 minutes ago, there was glitz and glam, cameras everywhere and a real buzz in the air. Hollywood is all smoke and mirrors.
So, movies nominated for one category or another that I have never heard of: “Sherrybaby,” “Mrs. Potter,” two of the foregn language films, and “Nomad.” 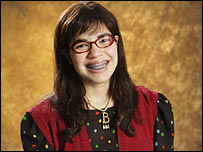 Left out: Hmmmmm. I guess I expected Jamie Foxx to be nominated for musical/comedy actor for “Dreamgirls” and not Will Ferrell (“Stranger than Fiction”) and everyone expected Clint Eastwood’s “Flags of Our Fathers” to get a best picture-drama nod instead of Emilio Estevez’s “Bobby.”

OK, time to leave. The STAGE is being taken out, there is no food left and the lights are going out! 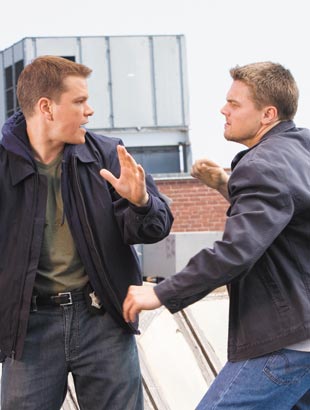 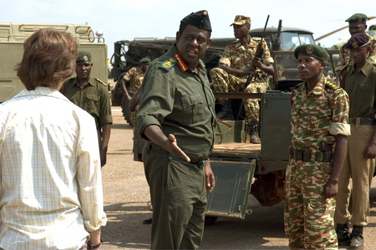 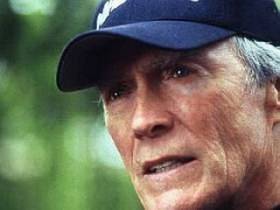 The record nine nominations for “Nashville” is safe for another year. “Babel” came closest with seven nominations followed by “Departed” with six. “Dreamgirls” was in third-place with five nominations while “The Queen” nabbed four nods. Movies that received three nominations were: “The Devil Wears Prada,” “Little Chilren” and “Notes on a Scandal.”

On the TV side of things, “Grey’s Anatomy” and “Weeds” led the way with four nods each while the following series or movies got three nominations overall: “Broken Trail,” “Desperate Housewives,” “Elizabeth I,” “Mrs. Harris,” and “Tsunami, the Aftermath.” 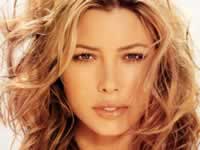 Jessica Biel says she considered just staying up all night since she had to be up at 3:15 a.m. to start getting ready for her gig announcing the nominees. She looked fresh as a daisy and is still over there happily doing interviews as I type. Here’s what I got from this talented and gorgeous actress:
On announcing the nominees:
“It’s really cool. I feel really honored to be a part of it. But 3:15 to start getting ready. I’ve never been up this early! I fell asleep at 12:30. It was not good. I couldn’t fall asleep because I was so excited. I’m really happy to be here and to share the joy with others.” 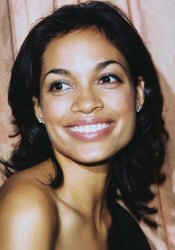 As for Rosario Dawson, what a star! I loved her in “Rent,” I loved her in “Clerks 2” and I’m sure I’ll love her in her next project in which “I play a make-up and hair artist for Lindsay Lohan. I think that’s pretty insane!”
I’m not sure what movie it is and to stop and look it up this early in te morning seems just a little too daunting for me right now.
Rosario says the Golden Globe competition “is going to be really intense. I haven;t seen a lot of the stuff but I love a lot of the people who were nominated. ‘Borat’ was one of the most hilarious things I’ve ever seen in my life!” 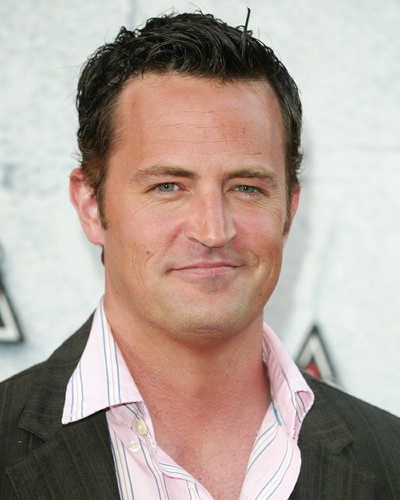 These stars read those nominations fast but I scribbled down what I could for now. Mel Gibson did get a nomination for “Apocalypto” in the foregn language category. His competition will include Clint Eastwood for “Letters from Iwo Jima.”

Helen Mirren deservedly is up two Globes already (and will definitely make it three when actress in a movie is announced) but for now can celebrate nods for “Prime Suspect” and “Elizabeth I.” Meanwhile, Emily Blunt was nominated for “The Devil Wears Prada” and a supporting actress television but no one sitting near me can remember for which program! Well, it IS early.

back in a few.

Oh yea, it was kinda cute that Matthew Perry was nominated for lead actor in a TV movie and is here this morning. He took the stage to read some nominees and said, “I Love You All!”