With a prostitution arrest looming over his head, I guess Jim Mussenden, or at least some of the people around him, don’t think its the best idea he remain a Boy Scout commissioner.

Mussenden was commissioner of the Trails of the Valley District of the San Gabriel Valley Council of the Boy Scouts of America. Officials said Monday he stepped down, “effective immediately.”

This news comes just days after Mussenden resigned as the El Monte city manager following his Thursday night arrest during a prostitution sting operation in Pomona.

I wonder what he’ll be doing about his positions with the Boys and Girls Clubs and El Monte Kiwanis.

His decision to step down was announced following an emergency closed-session meeting of the City Council this morning. The council was slated to consider his discipline/dismissal.

Mussenden, 59, was arrested Thursday night on suspicion of soliciting to engage in prostituting during a six-hour undercover sting operation by Pomona Police Department’s Vice Unit.

He was one of 30 people picked up in the bust, and was cited and released following the arrest.

Mussenden was not present during Saturday’s meeting. He’s declined to comment and we’ve yet to hear from his attorney, Ira Seltzer.

His resignation was dated effective the day of his arrest.

Here are some parting words from the council:

“It was better that he did (resign),” said Councilman Juventino “J” Gomez. “I could not tolerate that from our city manager, any city manager. He’s performed very well … worked diligently. But the city has to come first.”

“I think it was the best thing he did for himself,” said Councilwoman Emily Ishigaki of the resignation. “Jim’s already apologized to us. He’s very remorseful.”

Deputy City Manager for Community Development Rene Bobadilla has been appointed interim city manager, effective immediately. He’ll be on the job for 90 days.

A permanent replacement will be selected by the council after the Nov. 3 election, officials said.

Jim Mussenden’s Thursday night arrest for allegedly trying to pick up a prostitute doesn’t seem to be sitting well with those in City Hall and the El Monte Police Department.

The City Council is holding a special meeting Saturday at 12:30 at City Hall to discuss:

CONSIDERATION OF APPOINTMENT OF CITY MANAGER

Looks like officials are wasting no time separating themselves from this. Even El Monte Police Chief Tom Armstrong had something to say about the whole matter:

“It is my expectation that it will be dealt with swiftly and immediately. I don’t speak on behalf of the City Council, but I fully expect them to take action as swiftly as possible. I don’t think they will find this tolerable,” Armstrong said.

El Monte’s top executive is in some serious legal trouble this morning after getting busted in a prostitution ring in Pomona last night.

Jim Mussenden, 59, is one of 30 people who were arrested by Pomona Police Department’s Vice Unit during an undercover sting operation. He was arrested on suspicion of soliciting to engage in prostitution.

Reporter Rebecca Kimitch called Mussenden this morning to give him a chance to comment on the arrest. He declined.

She’s making her rounds calling the rest of the council now.

This on the heels of a sexual harassment lawsuit that’s been filed against the El Monte Police Department by a female police officer who claims she was harassed by her sergeant. We got wind of that this morning.

Looks like its going to be a tough next couple of days for El Monte.

There seems to be some confusion over Sen. Bob Huff’s involvement in a Senate vote on Wednesday.

Members of the Citizens for Community Preservation Inc., which has a lawsuit filed against the stadium, said the vote was unethical because of Huff and his wife’s involvement with Industry and the stadium’s developer.

“(Legislators) didn’t have enough votes to move the vote to the floor for, so Huff voted to get it to there,” said Howard Wang, first vice president of the citizens group.

“He said he’s not going to vote because of his personal interest with the stadium and his relations with Industry. Second of all, his wife is an executive of Pacific Palms Resort.

Obviously, there is a direct conflict of interest. Our view is he should not get involved in voting of any kind.”

Wang said the citizens group was consulting with officials at the state’s Fair Political Practices Commission to determine if there is a potential conflict of interest.

The group is mulling filling a complaint against Huff.

Baldwin Park is keeping up its fight against a proposed trash sorting facility on the Irwindale border.

A draft environmental report was recently completed for the project — a material recovery facility planned for a 17-acre site at Live Oak Avenue and Arrow Highway in Irwindale.

But a consultant hired by Baldwin Park to review the document believes the report, prepared by Irwindale, is inadequate and should be re-written and redistributed.

“It doesn’t reveal all of the likely environmental impacts of the project, or it understates them,” said Dan Sicular, a senior managing associate with the San Francisco-based environmental consulting firm ESA.

Irwindale officials are currently preparing responses to Baldwin Park’s comments, and are also in negotiations with trash hauler Athens Services for a development agreement.

Athens wants to sort recyclables from garbage at the site, before sending the remaining trash to a landfill. They claim state-of-the-art facilities will mitigate any potential health risks to both MRF employees and nearby residents.

It should be pointed out Athens isn’t the only one interested in the Irwindale site. Valley County Water District wants to purchase just under 2 acres of the land to build two water storage tanks.

The tanks — which would hold an estimated 3 million gallons of water each — would be built above ground on the land’s southwest corner, said Brian Dickinson, the district’s general manager. 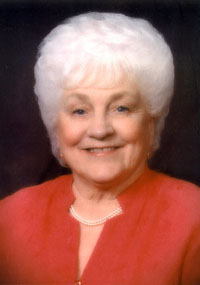 There’s a rumor going around in La Puente that Councilwoman Lola Storing is dropping out of the City Council race because she’s tired of “drama” in City Hall.

Storing said there’s “absolutely no truth” to any of it, and she plans on putting up a tough fight to defend her seat.

“I have no idea who it could be (spreading the rumor) and there’s no reason why they should even do that,” Storing said. “I’m working hard. I’ve got more signs than anybody else up in town … I want to continue representing the city.”

Storing said she first heard the rumor a few days ago from her council opponent David Argudo. He questioned whether or not she was throwing in the towel.

Argudo said he heard the rumor from another constituent, who heard it from someone else … and the list goes on.

Jobs are hard to come by these days, and residents are being laid off left and right.

But at least you can rest assured that your L.A. County Supervisors and County Sheriff won’t starve in this flatlining economy.

Now that Xavier Alvarez has been sentenced to five years in state prison for defrauding the Three Valleys Municipal Water District — and been forced to resign his seat on the board — his colleagues have to figure out what to do about a replacement.

The board is meeting Monday morning at its district offices, 1021 E. Miramar Ave. to decide whether to hold a special election or appoint a replacement for Alvarez, who represented south Pomona.

Alvarez was convicted of knowingly registering his ex-wife, Juanita Ruiz, for health benefits with the district from Jan. 24 to Oct. 31, 2007.

He has has to pay restitution of more than $4,100 to the water district and other court fees.

That’s not the only legal troubles that Alvarez has faced recently though. He also was fined and sentenced to probation in July 2008 for violating the Stolen Valor Act, which makes it illegal to falsely claim military valor. Alvarez had previously told stories about how he received the Medal of Honor.