They were all indicted this morning on felony charges of bribery, perjury and other counts related to a corruption probe into their dealings with a local project developer.

This story is developing and we’re sure to have more later … for now, read the rest of the update here

This Temple City story just keeps getting better and better.

Apparently Capra made the plea Tuesday and has been placed on 36 months probation. As part of the plea deal, he was also forced to resign and agreed not to run for public office again for four years. 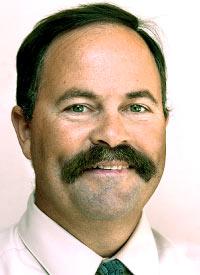 Mayor David Capra has resigned, the city announced this morning.

Capra is among the 3 council members investigated by a grand jury after a developer alleged he and the 2 others asked for bribes in exchange for smooth approval of the Piazza project.

Alfred will following this story today.

This will end a 55-year public employee career for Martin, who had been serving as Temple City’s city manager and city attorney since 2005. He’ll stay on as interim city attorney until the end of the month, according to Lee.

Martin is keeping mum on the issue.

Martin, 85, wanted to stay on as city manager until the recruitment of replacement was completed, according to Mayor Judy Wong, but the City Council needed to “move on,” she said.

“To eliminate him from both positions would have been quite too much for him, so I was thinking to maybe do it more gently,” said Wong, who had considered keeping Martin on as interim city attorney for even longer.

The coroner is investigating whether the death of a 45-year-old man from La Mirada, who died April 22 at Coast Plaza Doctor’s Hospital in Norwalk, is due to swine flu. Via LA Observed.

Temple City will start televising its meetings, and will also push up the public comment period to the beginning of the meeting. Read more.

We got one call this morning about a Covina resident who said the polling place at the Covina United Methodist Church didn’t have the information for voters with last names M – Z. It took the guy, whose last name was in the M – Z category, 25 minutes to vote. There were only three people in line, but he had to use a provisional ballot because of the name mix up.

But there are other things being affected by this economic downturn, something near and dear to the hearts of our local politicos — campaign fundraising.

In Monterey Park, some of the six City Council candidates running in the March 3 race are having a bit of trouble filling their campaign piggy banks.

So far, Councilman David Lau has raised nearly $75,000, but none of that occurred this year. Most of the money actually was raised during one event.

Councilwoman Sharon Martinez hasn’t had as much luck. She’s only raised $10,000 because businesses — where she gets her most of her contributions — are just tapped out.

Speaking of money, San Gabriel Valley city managers are dealing with the fiscal crunch in a variety of ways.

Temple City’s City Attorney/City Manager Charles Martin has offered to work for free after his Feb. 5 retirement if the city can’t find his replacement before then.

In a report earlier this month, Martin said he “would be happy to return the benefit of my 44-year tenure with the City by continuing in office, even if I had to serve as a volunteer.”
Martin gets $96,696 a year for his duties as city manager and an additional $61,980 annually for being city attorney.

The only dissenting vote was from Councilman Steven Johnson.

It wouldn’t be a week of political news without an update from the Hilda Solis race.

A lot of Chu’s support is local, although several San Gabriel Valley politicians have come out in support of Sen. Gil Cedillo.

And those who just can’t decide? Irwindale Councilman Larry Burrola and Baldwin Park Mayor Manuel Lozano have endorsed both candidates.

I guess the real test will come inside the voting booth.

The allegations that Temple City elected officials demanded bribes is gaining momentum. Prosecutors seized tape-recordings made by a developer who claims three city council members asked for bribes — thousands of dollars and a condo —  in return for support on a project.

TEMPLE CITY – Prosecutors have seized tape-recordings made by a developer who claims they support his allegations that city leaders demanded bribes from him in return for cooperation on a long-delayed development project.

The recordings contain conversations between Randy Wang, the developer of the Piazza mall project, and City Council members. The recordings back up Wang’s claims of bribery solicitation, said his lawyer, Patrick Duffy of Monteleone & McCrory.

“They support the allegations that are in our affirmative defense,” Duffy said.

Wang has accused Mayor Cathe Wilson and council members Judy Wong and David Capra of demanding thousands of dollars in cash payments and a condominium from him in order for his project to progress smoothly through City Hall.

TEMPLE CITY – The balance of power in City Hall is at stake in the upcoming race for two City Council seats.

Four candidates will challenge incumbents Cathe Wilson and Ken Gillanders in their bids for re-election.

The race could very well be seen as a referendum on the performance of the current City Council, where Wilson, Gillanders and Councilman David Capra have formed a majority voting bloc over the past two years.

The trio have often controlled policy, over the opposition of council members Judy Wong and Fernando Vizcarra.

Both Wilson and Gillanders enjoy long-standing support in the community – Wilson was elected with more votes than any of the sitting council members – but the struggles of the City Council to bring redevelopment to the city could be a thorny issue.

In recent months, officials imposed and then cancelled a controversial ban on non-retail businesses; flirted with and then pulled out of a plan to buy a string of commercial properties on Las Tunas; and, most notably, saw further delays in the Piazza mall project.

Both Yu and Souder hope to capitalize on residents’ frustration.

Yu, a Temple City Planning Commissioner, is running on his experience with development as a former architect in the private sector and current head of an architectural unit in the county Department of Public Works. He has close ties to Wong and is also backed by Vizcarra.

“Like most Temple City residents, I’m a bit frustrated to see the lack of progress,” he said. “The things that we really wanted to do in the Planning Commission, when they got to the council, not a whole lot was done.”

Yu voted against the Piazza project while on the Planning Commission.

“I can look at plans and I can listen to the developer and the architect’s presentation, and I can tell based on my own experience how well they prepared and whether or not what they said can actually be done,” he said.

Souder, a two-time mayor and member of the City Council from 1994-2003, is running as the most vocal opponent of Wilson and Gillanders.

“I’m running to see if I can’t straighten out the City Council,” Souder said. “It’d be more business-friendly and put some transparency and integrity back into the City Council.”

He said the lack of transparency in City Hall was “absolutely disgusting,” and he also criticized the performance of current city manager-city attorney Charles Martin.

Wilson, Gillanders and Ong could not be reached last week.

Chavez, a Parks and Recreation Commissioner for Temple City who works as an attorney and adjunct professor in Pasadena, also stressed the need for redevelopment in the city.

“We need to seek additional sources of revenue for the city, but at the same time I’m in favor of keeping a small-town atmosphere,” he said.

Chavez said he is supported by Wilson but is not interested in lining up along the divisions on the council. Yu and Souder also said that they would vote independently.

“We do have a City Council that doesn’t seem to get along,” Chavez said. “It could be a problem and I think we need to try to clear that up and get us back on track.”