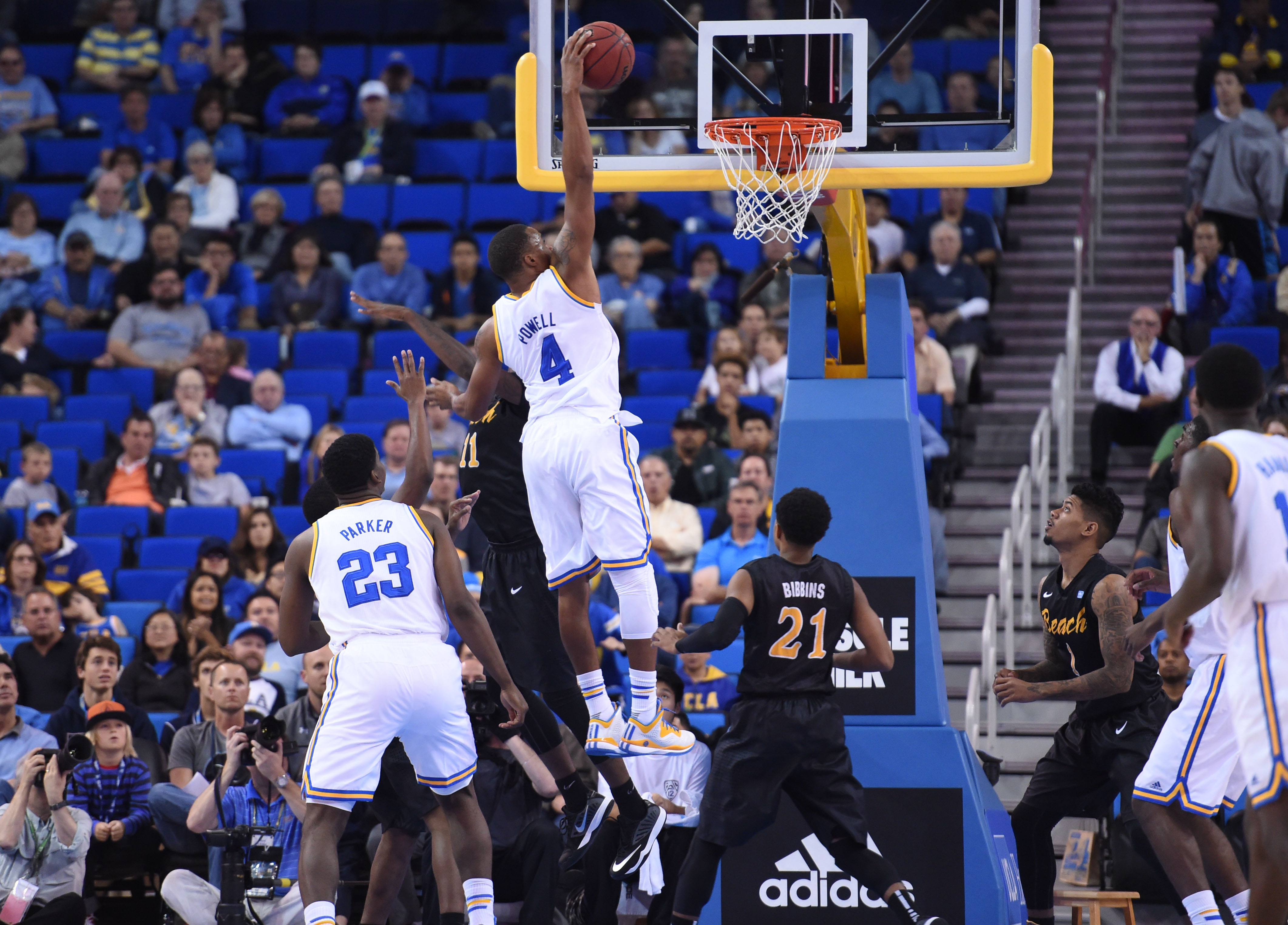 Norman Powell dunks during a 77-63 win over Long Beach State on Nov. 23, one day before he won his first-ever Pac-12 Player of the Week honor. (Stephen Carr/Staff)

Norman Powell has earned yet another Pac-12 Player of the Week award, making him the only player in the conference to do so three times this season.

UCLA’s senior guard scored a career-high 28 points in Sunday night’s 72-67 win over Washington State, hitting a key 3-pointer with 1:34 left as well as 4 of 6 free throws in the final 41 seconds. Four days earlier, he scored 24 in a blowout of Washington.

This was arguably the best statistical two-game stretch of his career, one that saw him shoot 61.8 percent from the field and average 5.5 rebounds, 2.0 assists and 2.0 steals. Without his performance against the Cougars, the Bruins’ likely would have slipped off from bubble team to NIT-bound.

Powell also won the conference’s top weekly honor on Nov. 24 and Feb. 2. His third nod moved him past Cal’s Tyrone Wallace and Arizona’s Stanley Johnson, who have both been named Pac-12 Player of the Week twice this season.