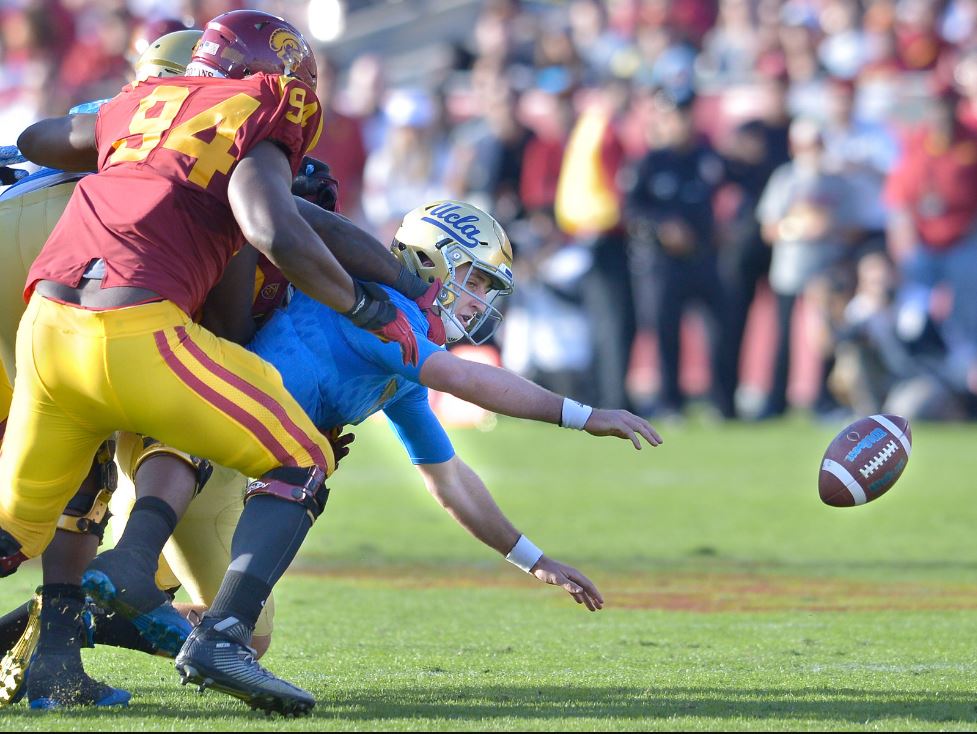 UCLA Bruins quarterback Josh Rosen #3 fumbles while being sacked against USC. USC  defensive tackle Rasheem Green recovered it and in a touchdown in the 3rd quarter. (Photo by John McCoy/Los Angeles News Group)

Although quarterback Josh Rosen set a school record for consecutive passes without an interception (245) last year, he said his main goal heading into his sophomore season is taking better care of the football.

He had 13 total turnovers last year (11 interceptions, two fumbles), with seven of them coming in the second half of games. A reminder of when Rosen’s turnovers occurred during each game: 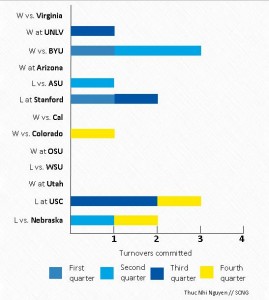 Rosen’s 11 interceptions the most among top nation’s top true freshman quarterbacks last year and the second-most for starting quarterbacks in the Pac-12, trailing only Cal’s Jared Goff, who threw 13. When comparing pass attempts and interception, Washington State’s Luke Falk proved to be the most efficient quarterback in the conference, throwing 80.5 passes to every interception. Rosen threw 44.3 passes to each interception.

Here’s how all the starting quarterbacks in the conference stacked up last year: 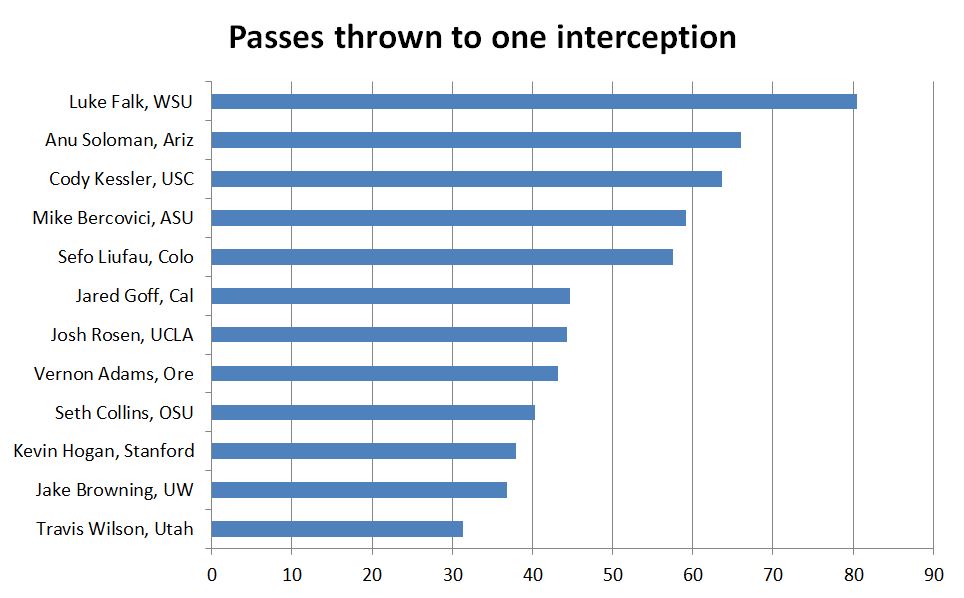