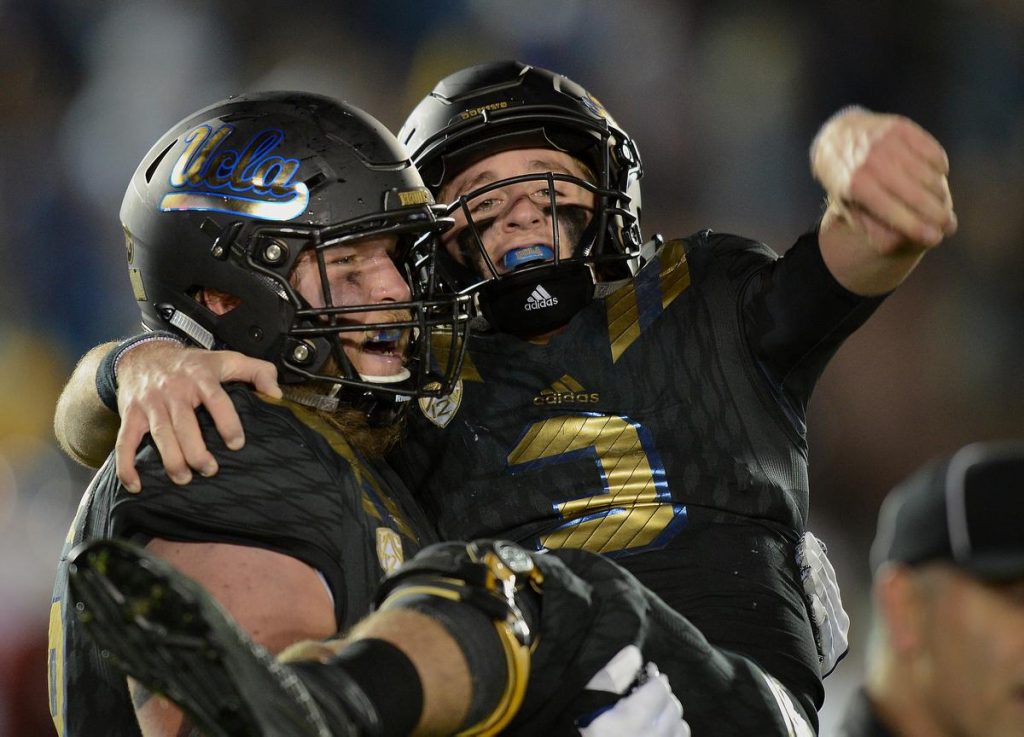 6 DIFFERENT STARTING COMBINATIONS ON THE OFFENSIVE LINE IN 2015

The Bruins were hopeful about their depth on the offensive line heading into last season, but by season’s end, things looked dim.

Injuries made for a rotating cast of characters on the offense line and six different starting combinations in 2015.

By the Foster Farms Bowl, the Bruins were so thin on the line that they leaned on a walk-on, Cristian Garcia, and a former defensive lineman, Najee Toran, for support. Garcia got the start at left guard during the bowl game

“We make it work,” offensive line coach Adrian Klemm said. “This is why we have guys who can play multiple positions. Just plug guys in and keep it moving.”

This year, UCLA is a “top-heavy” group, Klemm said, as the team is confident in its starting offensive line, but there’s uncertainty following the top group. Klemm hopes the gap between the starters and the subs will shrink as the year goes by.

Despite consistently changing lineup last year, the Bruins allowed only 14 sacks, tied for the second-lowest in school history.

Center Jake Brendel was the only offensive lineman to start every game in 2015. He graduated as the school’s all-time leader in games started, never missing a single start. The Bruins will miss Brendel’s consistency and leadership, but they think they have a worth replacement in redshirt junior Scott Quessenberry, who is returning from multiple shoulder surgeries.

“He’s been a leader in the locker room and a leader in our room, especially, even when he was out,” Klemm said of Quessenberry.