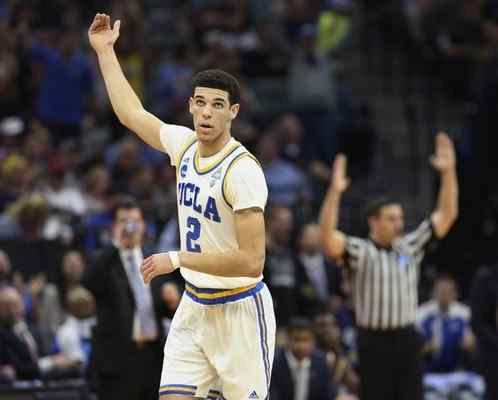 Rare is it that Lonzo Ball, UCLA’s single-season assist leader, goes a half without an assist. He more than made up for his relatively slow start Sunday night.

The fantastic freshman continued to dazzle for the Bruins (31-4) as he dished out nine second-half assists and racked up 18 points with seven rebounds in UCLA’s 79-67 win over Cincinnati in the second round of the NCAA Tournament in Sacramento. The No. 3 Bruins advanced to face No. 2 Kentucky in the Sweet 16 on Friday at 6:40 p.m. PT in Memphis.

Ball knocked down two critical 3-pointers, starting with one at the 13:31 mark in the second half that gave UCLA a two-point lead it never relinquished. He scored when he had to, but he also energized his struggling teammates.

TJ Leaf and Bryce Alford combined for three points in the first half, but finished with 11 and 16 points, respectively.

Aaron Holiday continued his stellar play off the bench during the NCAA Tournament with five points, two steals and five assists with no turnovers. The sophomore had 16 assists in the past two games with only two turnovers.

Links to wrap up the win: