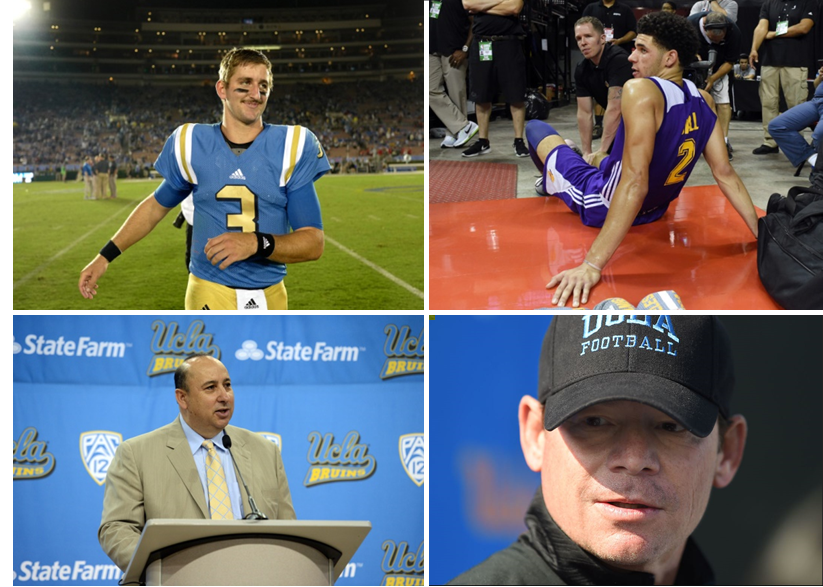 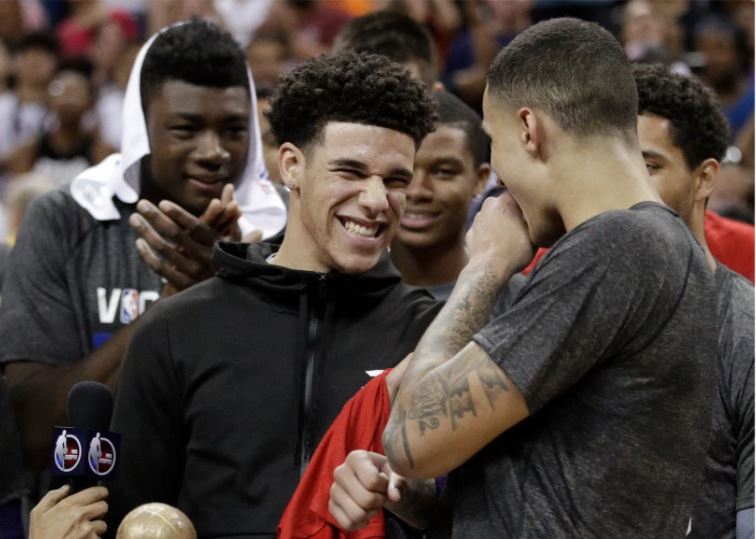 Ball was held out due to a calf injury Monday, but averaged 16.3 points, 9.3 assists and 7.7 rebounds in his six games. Travis Wear, another former Bruin, also helped the Lakers to their summer league championship.

Hasn’t been in the league a month, and already collecting hardware. pic.twitter.com/UGsq2bVzd7

Welcome to the #LakeShow @ZO2_!! pic.twitter.com/pSIlNl0EWu

It no longer has to be spoken into existence. Lonzo Ball has been drafted by the Los Angeles Lakers.

Anticipation that has been building since Ball’s banner season at UCLA – and spiked when NBA draft lottery netted the Lakers the No. 2 pick – finally delivered.

After the Philadelphia 76ers selected Washington’s Markelle Fultz with the No. 1 pick, the Lakers landed their point guard of the future.

“It’s a dream come true,” Ball told ESPN. “It’s crazy. I couldn’t ask for anything more and to be able to learn from (Magic Johnson) every day is truly a blessing.”

Ball, UCLA’s highest selection in the NBA draft since David Greenwood was the No. 2 pick in 1979, changed out of his black dress shoes into purple and gold Big Baller Brand shoes a few minutes before he was selected. END_OF_DOCUMENT_TOKEN_TO_BE_REPLACED