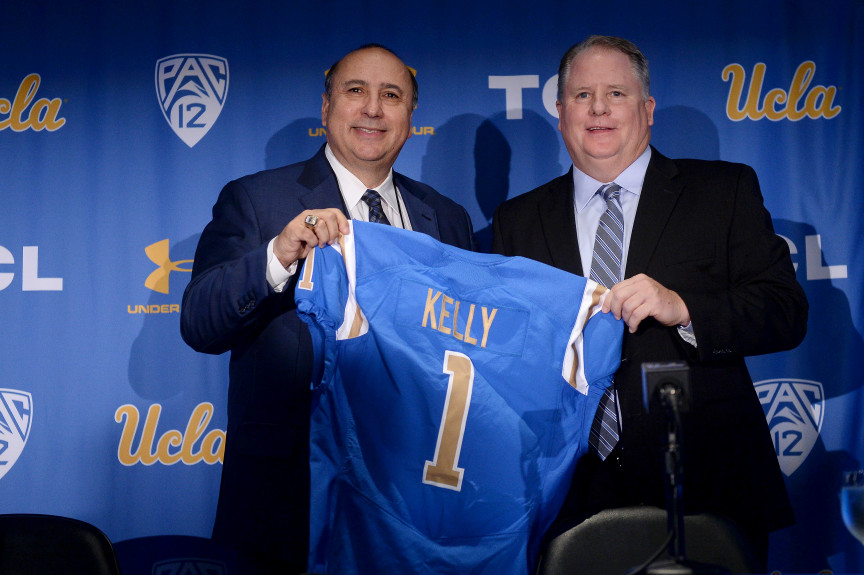 The deal will pay Kelly $3.3 million in the first year with up to $1.085 million available in bonuses and it tops out $4.6 million, due during each of the fourth and fifth years.

Unlike the tiered buyout that former head coach Jim Mora had in his contract, Kelly’s buyout is a flat $9 million reciprocal buyout due if the contract is terminated within the first four years.

More on Kelly’s contract, from the base pay to the bonuses