The Dodgers had several candidates for their fifth starter’s job in the final weeks of spring training. Three of them are currently rehabbing injuries, one (Ross Stripling) got the job and the other (Zach Lee) is healthy and pitching at Triple-A Oklahoma City.

Among the trio of injured pitchers, Mike Bolsinger is most likely pitcher to return first, manager Dave Roberts said. The right-hander is throwing from 90 feet off flat ground. He essentially re-started his spring throwing program after being sidelined with a strained muscle in his abdominal/oblique area; progress has been slow but Bolsinger hasn’t had any setbacks since.

Right-handers Brandon Beachy (elbow) and Carlos Frias (back) are both rehabbing injuries too, but Roberts didn’t have an update on either today. That means neither pitcher is particularly close to returning. 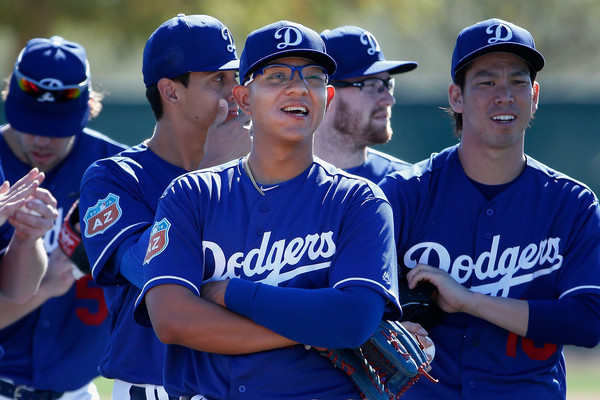 Along with today’s announcement that Ross Stripling is the Dodgers’ fifth starter came a bit of insight into the team’s strategy for monitoring starting pitcher workloads.

Stripling threw 71 ⅓ innings last season after his June return from Tommy John rehab. He’s on an innings limit this year that the team isn’t willing to disclose; Stripling guessed it would fall somewhere in the 100 to 150-inning range.

Regardless, the decision to start Stripling’s “innings clock” right away has consequences for the other starting pitchers on the organizational depth chart.

END_OF_DOCUMENT_TOKEN_TO_BE_REPLACED 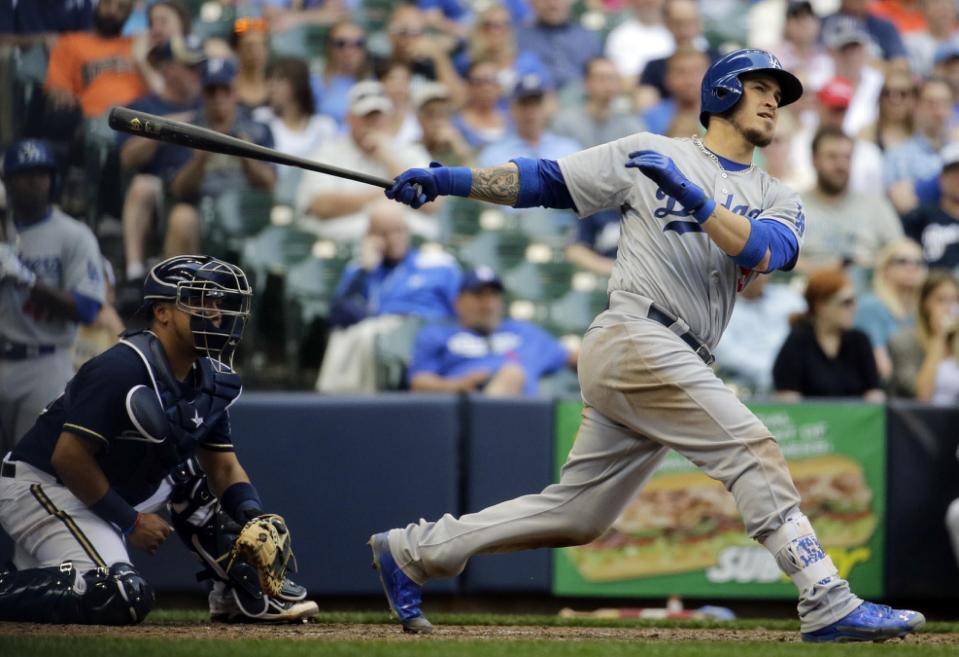 Prior to Andre Ethier breaking his tibia Friday, the Dodgers had more reason to worry about the health of their pitching staff.

President of baseball operations Andrew Friedman acknowledged Tuesday that he “can’t imagine” right-hander Mike Bolsinger will recover in time from an injury to his abdominal/oblique area in time to open the season as the Dodgers’ fifth starter.

“I’m pretty it definitely will affect the start of the regular season,” Friedman said. “As far as how deep into it, I’m not sure.”
END_OF_DOCUMENT_TOKEN_TO_BE_REPLACED 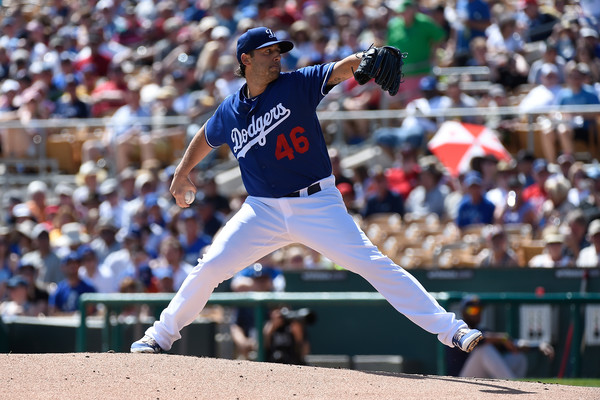 GLENDALE, Ariz. — First things first. The Dodgers will need a fifth starter once in their first 17 games, April 8 in San Francisco. When I write, and you talk, about the race to be the Dodgers’ fifth starter, what we all really mean is the race to face the Giants on April 8.

So, who’s leading that race?

END_OF_DOCUMENT_TOKEN_TO_BE_REPLACED 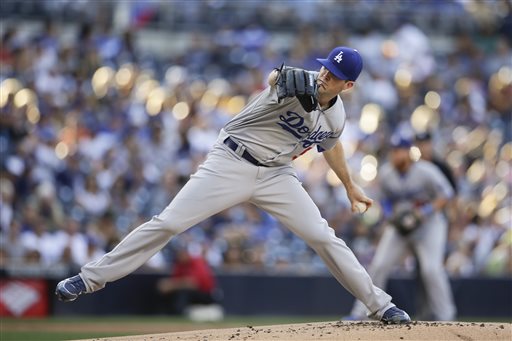 GLENDALE, Ariz. — The Dodgers scratched Alex Wood from his scheduled start on Saturday due to left forearm soreness.
END_OF_DOCUMENT_TOKEN_TO_BE_REPLACED
Share this post ...